From Brexit to the global financial crisis, the Bank of England's departing governor Mark Carney is no stranger to fighting fires, and will soon switch jobs to battling climate change.

The British government announced today Friday that Mark Carney will hand over to Andrew Bailey, head of the Financial Conduct Authority watchdog, on March 16.

In a final twist, Carney extended the end of his tenure from January 31 - when Britain is scheduled to exit the European Union - to allow for an orderly transition.

Mark Carney, who served for six years in London during which time he became a British national, had already delayed his departure twice due to Brexit turmoil.

The Canada-born central banker, who played a key role reassuring markets in the wake of the 2016 Brexit referendum, will then start his new post as the United Nations' special envoy on climate action and finance.

"Carney's statement that the Bank of England stood ready to keep the economy on track was key in reassuring the markets the morning after the EU referendum. And under his stewardship, the bank has navigated through a time of heightened economic and political uncertainty," the analyst added.

Mark Carney took up the post in July 2013, with the UK economy struggling to recover from the global financial crisis and the Bank of England's main interest rate at a then record-low 0.5%.

Following Britain's 2016 referendum vote in favour of leaving the European Union, he led the Bank of England in slashing the rate to a new low of 0.25%.

The Bank of England, under Carney, has repeatedly warned over the impact of Britain's departure from the European Union, arguing it could spark a recession.

While recession has not occurred under his watch, recent data indicates that the UK economy is on the brink of entering one due to Brexit uncertainty and a wider global economic slowdown amid the US-China trade war.

Mark Carney along with the Bank of England's eight other policymakers has meanwhile lifted the interest rate back to 0.75% to help curb UK inflation caused by a Brexit-fuelled weak pound pushing up import costs.

He broke with Bank of England tradition by launching a US Federal Reserve-like "forward guidance" policy almost immediately after starting his role.

However some analysts have described him as the "unreliable boyfriend" for having hinted at rate rises that never materialised.

Away from Brexit, Mark Carney, 54, is increasingly joining the debate on bitcoin and other cryptocurrencies, especially since Facebook announced controversial plans for its own virtual currency, Libra.

He insists that Libra will have to withstand scrutiny of its operational resilience and not allow itself to be used for money laundering or terror financing.

He has meanwhile suggested that a virtual currency, modelled on Libra, could one day replace the dollar as king of the foreign exchange market.

As Bank of England chief, he has overseen the launch of polymer banknotes, seen as more durable and secure against counterfeit. 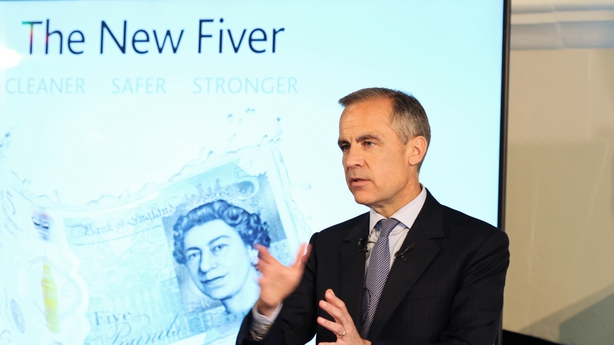 Before moving to the Bank of England, Carney served as governor of the Bank of Canada and won praise for guiding the country through the world financial crisis relatively unscathed.

The first foreigner appointed as governor since the Bank of England was founded in 1694, Carney was described as the "outstanding central banker of his generation" by former UK finance minister George Osborne who oversaw his appointment.

Ahead of his career leading central banks, Carney worked for 13 years at US investment bank Goldman Sachs in London, New York, Tokyo and Toronto.

Carney, who has a British wife and four daughters, was born in Fort Smith, Northwest Territories, Canada.