The High Court will rule on Monday December 23 on whether Ryanair can prevent its operations chief Peter Bellew from joining arch-rival EasyJet until 2021, a court official said today.

Ryanair has argued that Mr Bellew possesses information of competitive value and that he is bound by a non-compete clause.

Former Malaysia Airlines boss Bellew denies he is subject to the clause and plans to start working with the British airline at the start of 2020 after completing a six-month notice period.

The verdict had been due today, but was delayed, the official said.

The court case has heard that Peter Bellew considered himself a "dead man walking" after a March performance review and resigned after being ordered to work at the airline's Austrian business.

The court hearings, which have gone on for longer than the four days initially expected, have included assessments of Mr Bellew's performance and an accusation, rejected by CEO Michael O'Leary, that Bellew was bullied. 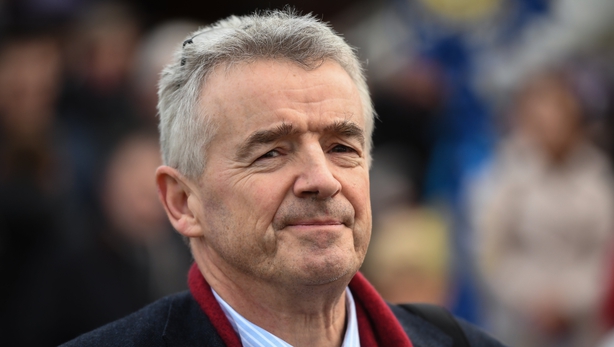 Peter Bellew told the court that "shouting and screaming" by Michael O'Leary during weekly management meetings indicated that he was not entirely happy with his performance.

But Mr Bellew said he was "absolutely shocked and devastated" when Michael O'Leary at a March 2019 annual performance review said that his position as Chief Operations Officer would be reviewed after 12 months unless his performance significantly improved.

He told the court that he understood that to mean he was a "dead man walking."

"I know Michael O'Leary very well and I know when he writes something like that, that's what he means," Mr Bellew told the court.

Mr O'Leary denied he was trying to force Mr Bellew out, saying if he wanted him out he would have removed him.

Me Bellew also told the court he did not make a final decision to leave the company for several months, assuming that what he described as dramatic improvements in operations due to changes he had undertaken in ground operations, pilot numbers and engineering would be noticed.

He finally decided to leave in July after he had been made an offer by EasyJet.

The final straw was when Mr O'Leary took Mr Bellew into his office and told him he wanted him to spend six months addressing issues at Austrian subsidiary Lauadamotion in Vienna, where he has spent much of the past six months.

Mr Bellew said he was devastated that he felt he had to leave as he had planned to stay at Ryanair until retirement.

He told the court that he felt the 2018 share option scheme, which contains the non-compete clause Ryanair is trying to enforce, was obsolete as deterioration in company performance and share price meant it was unlikely to vest.

Most other senior executives were offered a replacement scheme in 2019, but Ryanair said the 2018 scheme is still operable.

Mr Bellew said information he had regarding how Ryanair operates would be of limited use to EasyJet as Ryanair operates in a "unique way" and discloses its costs publicly in its annual accounts.