The chairman of Chinese tech giant Huawei has insisted that it would never accede to any request by Beijing to spy on its customers.

The comments by Liang Hua pushed back at US allegations that the telecommunications equipment maker cannot be trusted.

Liang also said that his firm was no longer reliant on sanctions-affected US components.

Huawei was founded by Ren Zhengfei, a former People's Liberation Army engineer who is still its chief executive officer.

The company was dragged into the spotlight a year ago when Ren's daughter and senior Huawei executive Meng Wanzhou was arrested in Canada at the request of the United States.

Here are five things to know about the company:

Ren founded Huawei in 1987 with a few thousand dollars in the southern city of Shenzhen, near Hong Kong. He is now 75.

In a rare interview with foreign media earlier this year, Ren said he only saw his children for one month a year while in the military.

After founding Huawei he worked 16-hour days, with barely any time for his family.

"Especially my youngest daughter, I was even more distant from her. So all I can say is, as a father, I feel I owe them," he said, according to a transcript of the interview.

Ren's military background has fuelled concerns that Huawei might have links with Chinese authorities, which the company has consistently denied.

Huawei is one of the world's leading suppliers of telecoms networks, especially in 5G telephony, and has a presence in 170 countries.

It is the second-largest smartphone manufacturer in the world after Samsung Electronics, having overtaken Apple in 2018, and is ranked 61st on the Fortune Global 500. 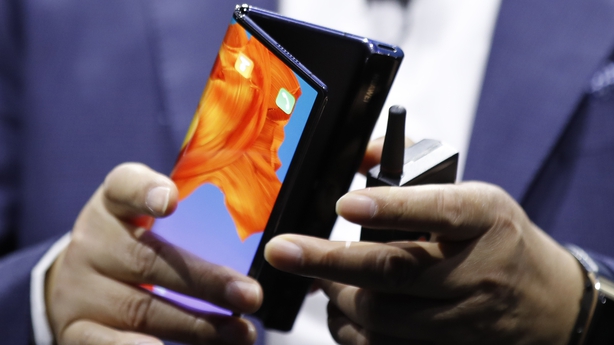 Meng Wanzhou's arrest in Vancouver in December 2018 pulled Canada into a diplomatic spat between the US and China.

Meng was arrested on a US warrant for allegedly lying to banks about violating Iran sanctions. She denies the charges and is out on bail awaiting an extradition hearing due to start next month. 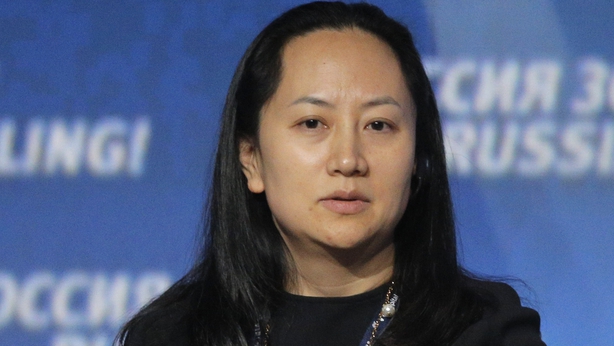 Nine days after Meng was detained, China arrested two Canadians in a step that was widely seen as tit for tat. They languish still in China's opaque penal system, accused of gathering state secrets.

Described as the "princess" of Huawei, Meng was seen as a possible heir to Ren's throne.

Fifth-generation mobile communications are the next milestone in the digital revolution, bringing near-instantaneous connectivity and vast data capacity.

They will enable the widespread adoption of futuristic technologies such as artificial intelligence and automated cars and factories - advances China is desperate to lead.

Huawei's status as a major world supplier of the backbone equipment for telecoms systems gives China an inside track for leading this field - but it has also attracted suspicions abroad.

Various countries have raised security concerns about Huawei's technology, with the US and Australia barring the firm from participating in their 5G networks and others hesitating to let it in.

This year, Washington levied sanctions on Huawei and another Chinese tech firm, ZTE, and has barred US companies from doing business with them, though a temporary reprieve has been granted.

Britain has yet to decide on Huawei's 5G participation, but Prime Minister Boris Johnson hinted this month that the government could side with the US and its other foreign intelligence partners against the Chinese.

Norway's telecom operator Telenor has become the latest company to drop Huawei after the NATO member's intelligence services warned that Huawei was too close to the Chinese state.