Boeing is to suspend production of its best-selling 737 MAX jetliner in January, the firm's biggest assembly-line halt in more than 20 years, as repercussions of two fatal crashes of the now-grounded aircraft drag into 2020.

Boeing has come under criticism from regulators, suppliers and airlines for providing what have turned out to be unrealistic estimates for the 737 MAX returning to service.

It needs regulators led by the US Federal Aviation Administration (FAA) to approve a software fix to an anti-stall system linked to both crashes as well as the approval of new pilot training materials.

Here is how the forecast timing of the fix and flight approval changed over time.

DECEMBER 12, 2019 - Boeing abandons its goal of winning regulatory approval for the 737 MAX to resume flying after the FAA said the plane would not be cleared to fly before 2020.

NOVEMBER 11, 2019 -  Boeing says it expects the FAA to issue an order approving the plane's return to flight in December, forecasting commercial flights to resume in January.

NOVEMBER 7, 2019 - US and European regulators ask Boeing to revise documentation on its proposed 737 MAX software fix.

OCTOBER 24, 2019 - Boeing says it still expects FAA approval to fly the 737 MAX in the fourth quarter, sending its shares higher despite a slump in quarterly profit. FAA says it will need "several weeks" for the review.

JULY 18, 2019 - Boeing says it has assumed regulatory approval of the 737 MAX's return to service in the US and other jurisdictions will begin early in the fourth quarter.

JUNE 27, 2019 -  Boeing says it will take until at least September to fix a newly identified problem with software that emerged when FAA test pilots were reviewing potential failure scenarios of the flight control computer in a 737 MAX simulator. 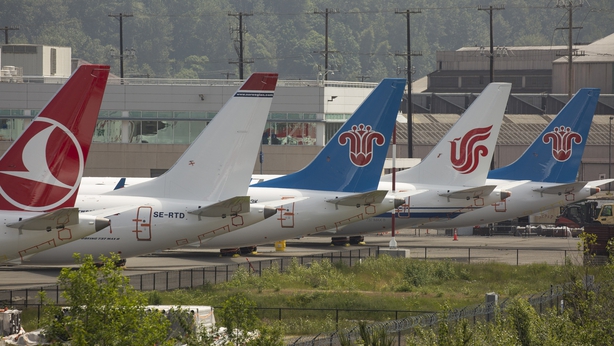 MAY 16, 2019 - Boeing says it has completed a software update for its 737 MAX jets and is in the process of submitting a pilot training plan to the FAA.

APRIL 6, 2019 - Boeing says will cut monthly 737 MAX production by nearly 20% - US and airline officials said they now believe the plane could be grounded for at least two months.

MARCH 13, 2019 - FAA joins other major global regulators in grounding the 737 MAX, citing evidence of similarities between the two fatal crashes.

MARCH 12, 2019 - FAA says will mandate that Boeing implement design changes on the 737 MAX by April that have been in the works for months. 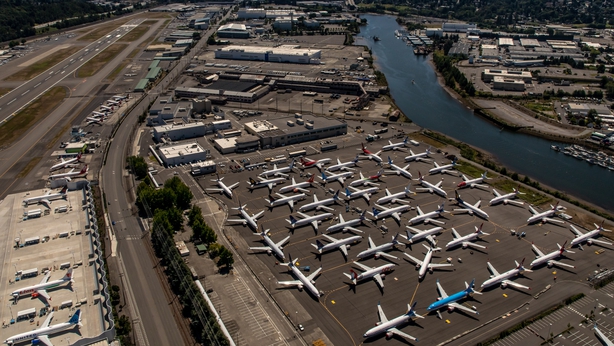 NOVEMBER 30, 2018 - Boeing is weighing plans to launch a software upgrade for its 737 MAX in six to eight weeks that would help address a scenario faced by crew of Indonesia's LionAir, sources told Reuters.

NOVEMBER 13, 2018  - FAA, Boeing say they are evaluating the need for software or design changes to 737 MAX jets following a Lion Air crash.