New Central Statistics Office figures show the number of trips made abroad by Irish people in the third quarter of this year reached its highest ever, while spending by Irish people abroad also reached record levels.

The CSO said the number of trips made by Irish residents overseas increased by 7.9% in the third quarter, moving up from 2.571 million to 2.774 million.

Total spending, including fares, by Irish people on these trips increased by 12.6% to hit the highest level recorded for any quarter in the CSO's statistical series.

When fares are excluded, the CSO said that overseas tourism and travel expenditure exclusive grew by 15.1%, from €1.931 billion to a record €2.223 billion.

Meanwhile, today's CSO figures also show the number of overseas trips made to Ireland inched 0.1% higher to 3.334 million in the third quarter of this year from 3.331 million the same time last year.

But the number of nights spent in Ireland by overseas travellers decreased by 4.5% in the third quarter, falling from 24.6 million to 23.5 million.

The CSO noted that the decrease in nights was most evident among US and Canadian residents, where the number of nights fell by 11.3% from 6 million to 5.3 million. 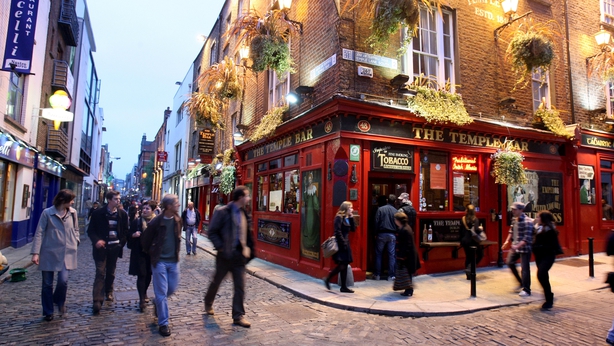 Commenting on today's figures, Niall Gibbons, CEO of Tourism Ireland, said they confirm that 2019 has been a very mixed experience for Irish tourism.

Mr Gibbons said that weaker demand and the continued uncertainty around Brexit has given rise to consumer concern in Britain and some Mainland European markets.

"There's also been a deterioration in air access capacity this year. The fall in the value of sterling has made holidays here more expensive for British visitors - and has made Britain more affordable for visitors from many of our top source markets," he added.