Britain's mid-tier banks have asked the Bank of England to ease rules introduced after the financial crisis that they say hamper their efforts to compete with bigger rivals that have a tight grip on the market.

Four banking industry sources said these so-called "challengers" have stepped up lobbying in meetings with the central bank and finance ministry officials in recent months.

They want an easing of requirements for holding special debt aimed at shielding taxpayers from bailing out troubled banks.

Smaller banks have long-argued that rules are stacked in favour of the "big six" lenders - Royal Bank of Scotland, Lloyds, Barclays, HSBC, Santander and Nationwide.

These same six have held 70% of the mortgage market since 2009, according to data from UK Finance.

The challengers also sense an opportunity emerging to secure changes from pending reviews of some rules next year, and Brexit triggering a fundamental look at regulation to ensure London remains a competitive global financial centre, the sources said.

The Bank of England has acknowledged mid-tier lenders could be facing "barriers to growth" as efforts so far to boost competition has not led to much change in the market dominance of the big six.

Bank of England Deputy Governor Sam Woods signalled in October he was listening and wanted to do more to help, but he angered bankers by announcing only specific action to help credit unions, a tiny sector.

The banks may face resistance from regulators towards relaxing rules for smaller players after some have had problems. 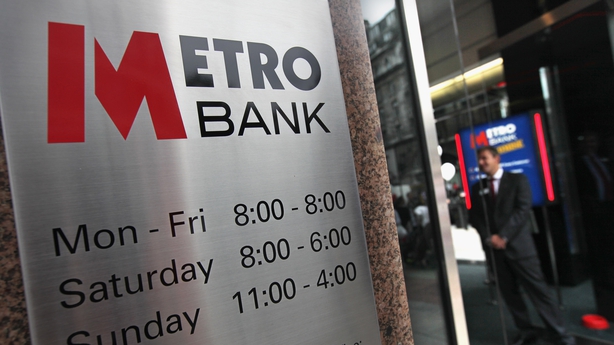 These include Metro Bank which lost its chairman and CEO this year over a nearly £1 billion loan book error, while TSB had a major IT crash last year.

The smaller banks say the competition push has largely failed.

They also say that so-called "ring-fencing" rules that protect consumers from banks' investment banking businesses have made things worse by unintentionally strengthening the hands of the bigger banks in mortgage lending.

They want Britain to follow the US and make rules more "proportionate" for smaller banks even though this potentially could mean they are higher risk.

Banking sources say the smaller banks want the Bank of England to scale back the amount of MREL or minimum requirement for own funds and eligible liabilities, a form of special debt they have to issue.

This type of debt is written down to replenish core capital buffers during a crisis to avoid taxpayers having to step in.

The burden of MREL requirements for smaller lenders is such that the only way to grow is to merge with another lender, as seen with CYBG's takeover of Virgin Money, bankers said.

They have asked the Bank of England to replace a blunt MREL threshold for mid-tier lenders with assets of £12-15 billion with a "glide path" to make the requirements easier to meet over time as lenders grow.

UK Finance, which represents Britain's banks, has previously called for the "disproportionate" regulatory burden on mid-tier banks to be addressed and for MREL to be reviewed.

MREL was introduced under European Union rules but only member states like Britain, Denmark and Sweden have set requirements for banks which have assets below €100 billion.

The Bank of England is due to review the MREL rules and thresholds next year.

"Issuing licences to a whole bunch of new banks who have exactly the same competitive disadvantages as the existing smaller banks has proved to be a flawed approach," a banker said.