Boeing's troubled 737 MAX aircraft won another boost today, as Air Astana said it planned to buy 30 of the planes a day after SunExpress of Turkey ordered 10 of the jets, which were grounded in March.

The Kazakh flag carrier said it had signed a "letter of intent" to buy the 737 MAX 8 for its new low-cost carrier FlyArystan, with the order to be finalised in coming months.

"We believe that the MAX will provide a solid platform for the growth of FlyArystan throughout our region, once the aircraft has successfully returned to service," said Air Astana President Peter Foster.

Boeing yesterday announced at the Dubai Airshow it had struck a $1.2 billion deal to sell 10 of the 737 MAX to SunExpress.

This marked the first sale since the model was taken out of service following two crashes that left a 346 people dead.

Before this week's agreements, the last commercial landmark for the jet was in June, when Boeing secured a letter of intent from British Airways parent IAG to buy 200 of the planes.

The deals come as the US manufacturer hopes to get the plane back in the air in the new year, after a grounding that has dragged on far beyond expectations as it was forced to upgrade systems and face tough questions from regulators.

"It needs to restore confidence in the 737 MAX, which means demonstrating that it can sell the aircraft, but simultaneously needs to avoid crowing too much about orders while the aircraft and its redesign remain the subject of scrutiny," he added. 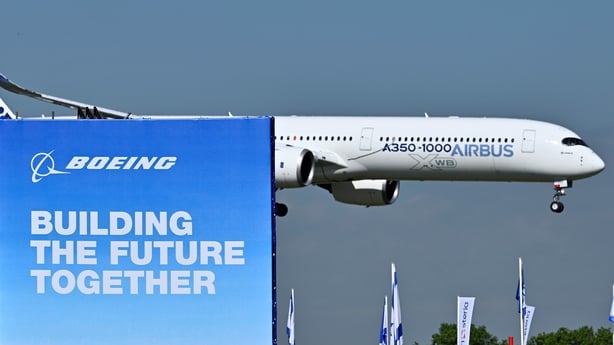 The crisis is one of the most serious in Boeing's 103-year history and has already cost it tens of billions of dollars, amid multiple investigations by US authorities and complaints from victims' families.

SunExpress said its purchase was in addition to a previous order for 32 of the aircraft.

"We have full confidence that Boeing will deliver us a safe, reliable and efficient aircraft," the airline's CEO Jens Bischof said.

"However, it goes without saying that this requires the undisputed airworthiness of the model, granted by all relevant authorities," he added.

Boeing's embattled CEO Dennis Muilenburg faced a grilling from US lawmakers over the MAX debacle in late October.

Many of the questions focused on the Manoeuvring Characteristics Augmentation System, an automated system that the pilots of the doomed Lion Air and Ethiopian Airlines planes were unable to control.

Its conduct during the development of the MAX has come under scrutiny, particularly on the question of whether it cut corners to quickly launch the new model.

Boeing is aiming to put the 400-strong fleet back into service in January, but has said that regulators will determine the schedule.

Kaminski-Morrow said that with Boeing on the back foot, airlines are likely pressuring it hard for discounts or other benefits.

"They won't be able to squeeze forever though, because rival Airbus is essentially sold out," he added. "But they can still apply a certain amount of leverage, knowing the value of their custom to the MAX's reputation."

Boeing today also secured a $877m deal for three 787-9 Dreamliners from Ghana, which plans to launch a national airline next year.

Ghana's Aviation Minister Joseph Kofi Adda said that 10% of the airline will be owned by the state, while 90% will be offered to investors.

But it was Airbus that secured the big-ticket sales in Dubai this week, with $30 billion worth of orders of its A320 and A350 aircraft announced yesterday.

Emirates Airline became a blue-chip customer for the wide-body A350 jet and Air Arabia - based in the United Arab Emirates - tripled its all-Airbus fleet as it pursues an expansion plan.

Air Senegal said today it had signed a memorandum of understanding to purchase eight of the new A220 - the single-aisle aircraft formerly known as the Bombardier C Series jet.

Airbus also signed a firm sale of 10 A-321 planes to Saudi Arabia's budget carrier Flynas, making for a total of 90 small Airbus aircraft on order.