Airbus signed two mammoth orders for its A320 and A350 aircraft worth $30 billion at Dubai's air show today, with Boeing managing only a $1.2 billion sale of its troubled 737 MAX.

Boeing's deal with Turkish carrier SunExpress was for a modest 10 planes but it represented "the first firm order" for the 737 MAX since it was grounded in March, a source at the airline told AFP.

Analysts said it gave some welcome support for Boeing after the future of the model was put in doubt with two crashes that left a total of 346 people dead.

But the big deals went to its European rival, with Emirates Airline becoming a blue-chip customer for the wide-body A350 jet, and Air Arabia tripling its all-Airbus fleet as it pursues an expansion plan.

Emirates, the largest carrier in the Middle East, inked a $16 billion agreement to buy 50 Airbus 350-900 aircraft, as it reorganises its fleet after cutting orders of the A380 superjumbo.

Emirates' fleet stands at a whopping 271 large aircraft, including 113 Airbus A380 superjumbos and 158 Boeing 777 planes.

Its move earlier this year to cut 39 aircraft from its total A380 orders prompted Airbus to pull the plug on the costly plane, which airlines have struggled to fill to its capacity of 500-850 people.

The airline said today's announcement replaces an agreement from February when it announced its intent to instead purchase smaller models - 30 A350s and 40 A330Neos - in a deal worth $21.4 billion.

Sheikh Ahmed said the decision "follows a thorough review of various aircraft options and of our own fleet plans" but he did not rule out the possibility of discussions on the A-330Neos in the future.

"It is very good news for Airbus," the European aerospace giant's CEO Guillaume Faury said at the air show, adding he was "very proud that Airbus 350 has been selected by Emirates".

In the second big deal of the day, Air Arabia said it would buy 120 Airbus A320s in a purchase worth $14 billion that represents a major expansion for the United Arab Emirates low-cost carrier.

Air Arabia, which currently operates 53 Airbus A320 and A321 aircraft, said it will move ahead with ambitions to add new routes to its network which takes in 170 destinations.

"We are glad to announce today one of the region's largest single-aisle orders with Airbus to support our growth plans," said CEO Adel al-Ali.

Air Arabia last month announced an agreement with Abu Dhabi-based giant Etihad Airways to launch a new low-cost airline based in the UAE capital, to be known as Air Arabia Abu Dhabi.

In a consolation prize for Boeing, Turkish carrier SunExpress said it was buying 10 Boeing aircraft, on top of a previous order for 32 of the aircraft, in a show of support for the grounded model. 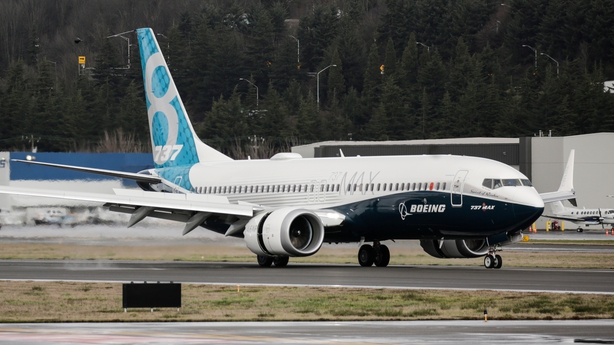 "We have full confidence that Boeing will deliver us a safe, reliable and efficient aircraft," the airline's CEO Jens Bischof said.

"However, it goes without saying that this requires the undisputed airworthiness of the model, granted by all relevant authorities," he added.

Boeing's last commercial landmark for the troubled model was in June when it secured a letter of intent by British Airways parent IAG to buy 200 of the planes.

"The SunExpress deal may only have been for 10 aircraft - and firming options at that - but it was very important for Boeing to get some more public support for the MAX," said Dominic Perry from Flyglobal.

The crisis is one of the most serious in Boeing's 103-year history, and has already cost it tens of billions of dollars, amid multiple investigations by US authorities and complaints from victims' families.

Aviation specialist Joachim Vermooten said the 737 faced even wider questions, with the airframe having "run its course" and the need for a redesign to "begin from scratch".

"For the time being I would prefer to be operating on Airbus' aircraft," he said, in a nod to the lack of overall appeal.

In more bad news for Boeing, Emirates Airline boss Sheikh Ahmed pointed to delays in the delivery of 150 777-X, the US manufacturer's new long-haul aircraft.

The planes were due to be delivered in June 2020, but Emirates is not expecting to receive the first batch before the second quarter of 2021, he said.

Sheikh Ahmad said he anticipates some word on the delivery date over the next few days, and quipped that there is "a lot to be said on the Boeing deal".