The Central Bank says it will consider a range of policy responses, including a ban on dual or differential pricing, if its review of the practice finds that insurance companies that use it are not acting in the best interests of their customers.

Derville Rowland, Director General Financial Conduct at the bank, said that the probe will seek to establish the impact of the practice on consumers while at the same time establishing the drivers of consumer behaviour.

Ms Rowland also said that the review would assess the extent to which these pricing practices lead to outcomes that are consistent with the Consumer Protection Code.

"A comprehensive data-gathering and analysis is essential in order to move beyond anecdotal evidence or individual case studies which, while potentially pointing to problematic practices, do not establish a comprehensive view across the industry," she told the Oireachtas Committee on Finance.

Ms Rowland said the consumer focused  phase of the review will include meetings with consumers to understand their experience of switching or choosing to stay with their providers.

The bank will also be writing to the CEOs of the relevant insurance firms setting out the terms of reference and expectations for the review, she added.

The UK's Financial Conduct Authority, which is considering banning dual pricing, will also be liaised with as part of the review, as will the Competition and Consumer Protection Commission and other domestic stakeholders here, she added.

"We will consider the potential range of policy responses, if any are required, once we have sufficient evidence to hand, in line with our domestic and European legislative mandates," the regulator claimed.

"Our review will look to establish the facts. Once the facts are established, we will then establish what action, if any, needs to be taken."

Dual pricing is the practice of differentiating between customers for reasons other than the expected cost of claims and expenses.

Those who use the practice, including insurers, utilise sophisticated data analysis techniques to build up a profile of customers.

They can then use that information to, for example, charge customers who are less likely to shop around at renewal than other clients who are more likely to seek alternative quotes.

Opposition TDs have been campaigning for the practice to be outlawed, because they say it hurts the most vulnerable of customers the hardest.

However, the Central Bank, which last month launched a review of the use of differential pricing in the motor and home insurance markets, says it cannot intervene on pricing or competition issues.

It says it can only act where the actions of regulated firms such as insurers threaten the Consumer Protection Code.

That requires firms to act honestly, fairly and professionally in the best interests of their customers and make full disclosure of all relevant material information. 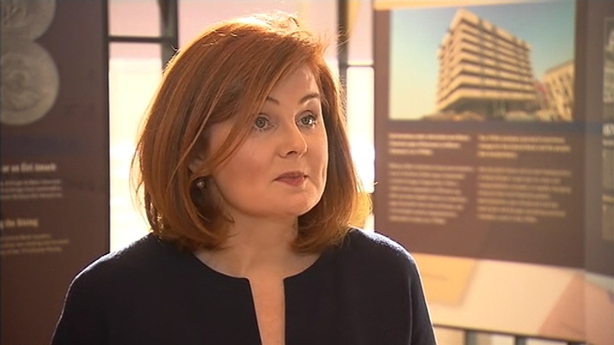 Ms Rowland said preparatory work for the review is underway and the Central Bank intends to commence the probe formally early next year, with interim results due by the end of 2020.

She said the first phase would examine the nature and the scale of the practices of differential pricing in the Irish insurance market, as well as the impact on consumers.

The practice has been in use for some time in a rang of sectors and isn't necessarily a negative thing, she said, because there can be winners as well as losers.

The committee is also conducting its own investigation of the topic at the request of Sinn Féin's finance spokesman, Pearse Doherty.

He said he welcomed the promptness of the decision by the Central Bank to conduct a review of the situation.

"My view is very clear. I believe that dual-pricing need to be banned," he said.

"It is known to hurt individuals, we see from the Citizens Advice report in 2017 that they identified that it hit particularly vulnerable groups - older people, people with mental health problems, with health problems and those with lower levels of formal education," he said.

Michael McGrath, Fianna Fáil's finance spokesman, said there are also banks operating here that are engaging in differential pricing and the Central Bank is also responsible for regulating them.

"You don't need any big investigation, you can go online and see there are better deals for new customers than they are willing to offer existing customers, so why aren't you dealing with that issue?," he asked Ms Rowland.

She responded that this is why the Central Bank strengthened the regulatory framework in respect of banks by introducing new requirements so that additional transparency and information is provided to customers.