UK employers cut the most jobs in over four years between July and September, according to official data which highlighted how the labour market is slowing.

Up to this the strong labour market has been a silver lining of the Brexit crisis as companies hired workers that they can lay off later if needed, rather than make longer-term commitments to investment.

New figures today showed that the unemployment rate fell back to 3.8%, its lowest level since early 1975 during the third quarter.

But there were other signs in today's data - falling employment, weaker wage growth and reduced vacancies - that added to other signals that the labour market is turning weaker.

Concerns about those signals prompted two interest-rate setters at the Bank of England to vote for a cut to borrowing costs last week.

That was less severe than the median forecast of a fall of 94,000 in a Reuters poll of economists but represented the biggest decline since the three months to May 2015.

The Office for National Statistics said total earnings growth, including bonuses, rose by an annual 3.6%.

This was a slowdown from 3.7% in the three months to August and weaker than all forecasts in the Reuters poll, but not far off its highest pace in more than 10 years.

Excluding bonuses, which smooths out some volatility, pay growth also rose by 3.6%, again weaker than all forecasts.

Britain's economy grew at its slowest pace in a decade in the 12 months to the end of September - edging up by just 1.0% - the ONS said yesterday, hit by trade tensions in the world economy and the approach of a now postponed Brexit deadline on October 31.

Prime Minister Boris Johnson has called an early election for December 12 in an attempt to break the impasse over his Brexit divorce plan in parliament. 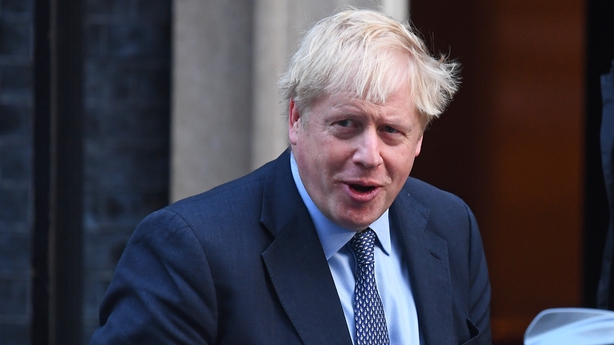 But many employers are worried that the uncertainty will continue next year even if Johnson wins the election as he faces the challenge of hammering out a future trade deal with the European Union before a deadline at the end of 2020.

Labour leader Jeremy Corbyn has said he wants to renegotiate the Brexit divorce deal and put it to a new referendum.

Output per hour was flat in annual terms in the third quarter, an improvement from a 0.5% fall in the April-June period, the ONS said.

But that measure of productivity has not grown since the second quarter of 2018, the longest such run since the financial crisis a decade ago.

In another sign of weaker confidence among employers, the ONS said vacancies showed their biggest annual fall since the end of 2009, standing at 800,000 in the three months to October, down from 853,000 a year earlier.