Ryanair has today announced a further two-month delay to the start of its Boeing MAX 737 deliveries.

It also warned it may have none of the jets to fly next summer, which would freeze growth of one of Europe's fastest growing airlines.

In July, Ryanair said it expected to be flying 30 737 MAX planes next summer with its first delivery due in January.

Ryanair is one of Boeing's biggest customers for the grounded plane with 210 on order.

Group CEO Michael O'Leary said the company had lowered its estimate to 20 planes by next summer and added "there is a real risk of none" in a video presentation following the airline's mid-year results.

"The risk of further delay is rising," he added, saying he did not expect Boeing to achieve its target of getting the plane back in service in the US by Christmas.

US carriers do not expect to fly the MAX until 2020, according to their schedules, as they wait for regulators to end a worldwide grounding that followed two deadly crashes.

Ryanair faces longer delays as it has to wait for approval by the European Union Aviation Safety Agency (EASA) and specific certification for Ryanair's MAX200 model, each of which are likely to cause several weeks of additional delay.

Ryanair said it now expects to fly 157 million passengers in the year to March 31 2021, a growth rate of just 2.6% from its target of 153 million in its current financial year, its slowest growth rate in seven years.

Further delays could reduce to zero growth at an airline that on average has seen annual passenger numbers rise by 10% since 2014.

But Ryanair's chief financial officer Neil Sorahan said there was "no risk at all" that the airline would fail to meet its target of flying 200 million passengers per year by March 2024.

The airline reported post-tax profit of €1.15 billion for the six months from April to September, its most profitable part of the year. 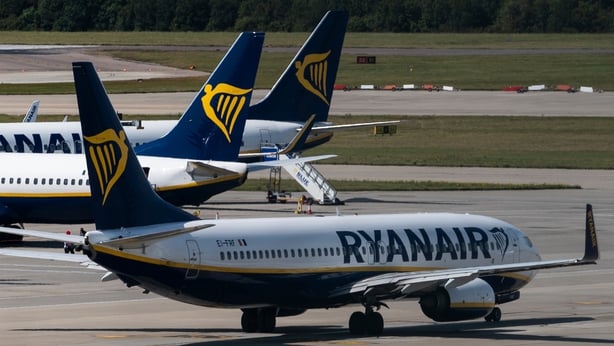 The results were in line with last year and ahead of a forecast of €1.08 billion in a company-supplied poll of analysts.

Ryanair said it expected modest growth in average fares this winter. For the year, it expects strong sales of optional extras to raise revenue per passenger up by 2-3%.

It also warned that losses at its Austrian subsidiary Laudamotion would be higher than expected due to overcapacity in Austria and Germany.

In today's results statement, Ryanair said it carried 85.7 million passengers in the six months, 11% more than in the same time last year.

Revenue also grew 11% to €5.39 billion which was accounted for by growth in ancillary revenue of 16%.

However, fares were 5% lower in the period.

Costs, excluding fuel, were up 2%, primarily due to higher staff costs, including increased pilot pay.

The airline also incurred higher maintenance costs as older aircraft remain in the fleet because of the delay in the delivery of new Boeing MAX jets.

The MAX has been grounded worldwide following two crashes that left hundreds dead. 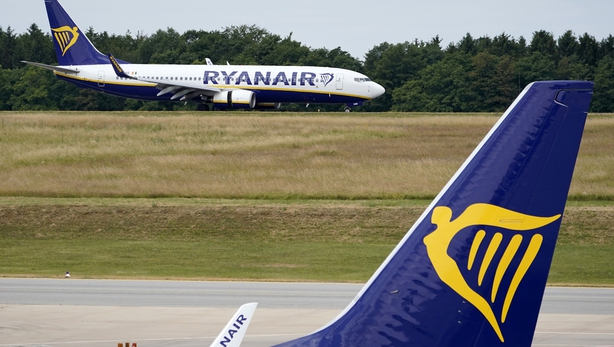 Ryanair said that due to the MAX delivery delays, it will be forced to cut or close a number of loss making bases this winter leading to pilot and cabin crew job losses.

In July, the airline had warned that job cuts are "unavoidable", adding that 900 of its pilots and cabin crew could be affected, with job losses expected to hit from this winter.

"We continue to work with our people and their unions to finalise this process," Ryanair said today.

In today's results statement, Ryanair said that fuel costs were 22% higher in the half year due to higher prices and traffic growth.

The airline said it fuel costs are 90% hedged for the full year.

"I think it is a good deal for IAG, for Willie Walsh. I think it is a bad deal from a competition point of view," Michael O'Leary said on a conference call with analysts.

"It is a merger to monopoly in Madrid and I think we would certainly be looking for the competition authorities to require some competition divestments, particularly in the Air Europa short-haul," he said.