Indian budget carrier IndiGo has placed an order for 300 Airbus A320 neo-family jets worth at least $33 billion at recent catalogue prices.

This could be the European planemaker's biggest ever order from a single carrier.

The mammoth deal includes Airbus's newest jet, a long-range version of the single-aisle A320 neo family called the A321XLR, the country's biggest airline said in a statement today.

This will take IndiGo's total A320neo family aircraft orders to 730 making it the world's biggest customer for these planes.

"This order is an important milestone, as it reiterates our mission of strengthening air connectivity in India," said Ronojoy Dutta, the airline's chief executive.

The deal follows a fierce contest between Airbus and Boeing, which is seeking a new endorsement for its competing 737 MAX, grounded following two fatal accidents.

Airbus' A320 neo family competes directly with the 737 MAX and the European planemaker has a strong grip on the Indian market.

IndiGo's announcement came days after the airline's biggest quarterly loss, with the company hurt by issues surrounding engines from a former supplier on A320 neo-family jets already in the airline's fleet. 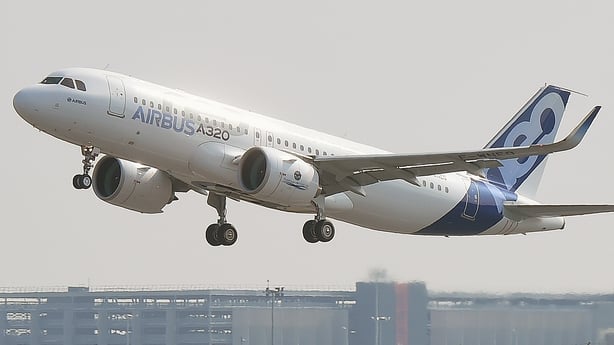 CFM is jointly owned by France's Safran and General Electric of the United States.

The choice of engine manufacturer for this order will be made at a later date, said Riyaz Peermohamed, IndiGo's chief aircraft acquisition and financing officer.

A new deal for 300 A320 neo-family aircraft would be worth $33 billion at the most recent list prices, published in 2018, but a deal of this scale would come in well below half that after discounts, according to aircraft valuation experts.

Many of the latest batch of aircraft are not expected to be delivered until mid-way through the next decade, replacing others only just joining the IndiGo fleet.

The carrier is known for turning over aircraft quickly to keep its average fleet age low, but such a strategy depends on overall strong demand in the jet market.

IndiGo was among the first carriers to buy the re-engined A320 neo in early 2011, in what Airbus at the time called a record single deal involving 180 aircraft.

It went on to become one of Airbus's largest customers after a series of orders.

In 1997, US Airways placed an order for up to 400 Airbus A320 jets including options, but many were not delivered.

IndiGo has expanded rapidly to claim almost half the Indian market as rivals such as bankrupt Jet Airways fall by the wayside. Its closest competitor is budget carrier SpiceJet Ltd, a Boeing operator.

However its two co-founders, Rakesh Gangwal and Rahul Bhatia, have been embroiled in a dispute about corporate governance of the airline that shows no signs of easing.