This encouraged the largest US drugmaker to lift its earnings forecast for the year and as the results suggested that chief executive Albert Bourla's efforts to slim down the sprawling drugmaker were paying off.

Pfizer announced in July it would separate its off-patent branded drugs business and combine it with generic drugmaker Mylan, allowing it to focus on its more profitable drugs.

Albert Bourla said that Pfizer would become a "smaller, science-based company" following the Mylan deal, which is expected to close next year.

Analysts on average were expecting $2.82 per share, according to Refinitiv IBES.

Although sales of Ibrance rose to $1.28 billion and those of rheumatoid arthritis drug Xeljanz jumped nearly 39% to $599 million, analysts called out Vyndaqel as the biggest surprise in the quarter.

Vyndaqel, chemically known as tafamidis, was approved in May and brought in revenue of $156m, nearly double the consensus estimate of $82m. 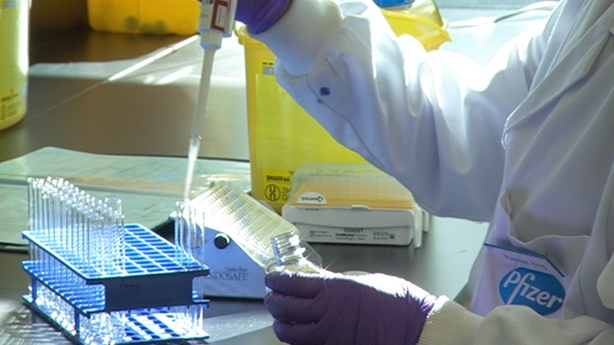 Priced at $225,000 per year, Vyndaqel's high cost has faced criticism, with experts affiliated with Boston-based Institute for Clinical and Economic Review (ICER) warning that it could be among the most costly cardiovascular treatments ever sold.

The company also said sales of its patented medicines benefited from demand in emerging markets, which contribute about a quarter of total sales.

Net income attributable to Pfizer's shareholders rose nearly 87% to $7.68 billion, or $1.36 per share, as the company recognised a gain of $8.1 billion after closing its consumer health joint venture with Britain's GlaxoSmithKline.

Investor sentiment on Pfizer has been poor since it announced the deal with Mylan, making the third-quarter beat a relief, analysts said.

Including today's gains, Pfizer shares had lost about 11% of their value since the deal with Mylan was announced.

The company said its total revenue fell about 5% to $12.68 billion as sales of pain treatment Lyrica, which recently lost patent protection in the US, more than halved to $527m.