The company that operates Dublin Airport says it is hugely disappointed by the aviation regulator's decision to reduce passenger charges at the airport over the next five years.

Daa says it needs charges to remain at the current level in order to fund a €2 billion investment and development plan, including new boarding gates, aircraft parking stands, an upgraded security area and improvements to other customer facilities.

Instead, the Commission for Aviation Regulation (CAR) has decided to cut the fees significantly in a move that it says will save passengers and airlines €320m.

"Dublin Airport’s prices are already 30-40% lower than its European peers and the Regulator’s decision will mean Dublin’s prices will now be almost 60% lower than the EU market price," said daa Chief Executive Dalton Philips in a statement.

"I can think of no other Irish product or service that is 60% cheaper than the equivalent in the UK or Continental Europe."

"This shows the absurdity of the Regulator’s decision."

"This is what happens when economic theory trumps the real world."

Currently the Regulator says the price per passenger is capped at €8.81.

Under its determination published this evening, that would fall to an average of €7.87 per passenger over each of the next five years -a reduction of 11%

However, the daa claims the passenger charge is actually closer to €9.65 and so the price cut would be in the order of 18%.

Daa said that it would now study the CAR’s full report and assess its impact on the capital development plan, designed to ready the airport for dealing with a further 7 million passengers a year above current levels.

It said it will also decide whether it will appeal the regulator's plan, which would involve requesting an appeals panel hearing or taking a judicial review of the decision to the High Court.

CAR maintains that an independent economic analysis it commissioned shows that the daa would still be able to finance its development plans on the back of the lower charges.

"Our decision allows Dublin Airport provide passengers with a high quality of service while delivering key pieces of national infrastructure which will significantly increase the capacity of the airport," said Commissioner Cathy Mannion.

"We allow for €2.3bn of investment which will deliver an airport capable of serving 40 million passengers per year at a level of service in line with international standards."

Ms Mannion also said she expects that the savings from the reduced costs will be passed on to customers, leading to lower fares, something Aer Lingus has pledged to do.

"In executing the Aer Lingus value model, we maintain a clear focus on cost reduction and efficiency in order to both provide value to our guests in our fares and facilitate investment in new routes and greater frequencies," the airline said in a statement.

"This is how the consumer benefits. This is our value model at work."

However, the daa has strongly challenged this assessment, saying there is no evidence to prove that lower prices at airports get passed on by airlines to their passengers or lead to route growth.

"Any reductions in airport charges have been going to the shareholders of privately-owned airlines, the majority of which are located overseas."

Aer Lingus also said the independent assessment of the financeability of the daa’s Capital Investment Programme, that was commissioned by the CAR, demonstrates clearly that it can be fully financed by the new charging structure.

"We welcome CAR’s statement that it is fully supportive of all capital projects and that the Final Price Determination incentivises the delivery of the hub infrastructure required by National Aviation Policy," said Aer Lingus CEO, Sean Doyle.

However, Ryanair said it was disappointed with the Regulator's decision, calling it a bad day for passengers.

"We will continue to campaign for lower airport fees at Dublin Airport, and we believe that the CAR have missed a historic opportunity to lower airport fees at Dublin in recognition of the record traffic growth that Dublin Airport enjoys as a result of the efforts of its airline customers in lowering air fares," said Chief Commercial Officer, David O'Brien.

"If Dublin Airport can't build its facilities, then a competing Terminal 3 should be allowed to do so."

"If there were competing terminals at Dublin Airport, the DAA wouldn’t need regulatory price increases, they would be competing with the second terminal to lower airport fees, and provide a better service for its airline customers and our passengers."

The price set by the Regulator is 37c higher than the price it had originally proposed in its draft determination earlier this year.

Following a consultation with parties, including the daa, the CAR decided to increase the charge in order to take account of higher than first anticipated operating costs at the airport.

The final determination also includes a series of financial penalties to incentivise Dublin airport to deliver its proposed capital investment as planned and on time.

Failure to deliver will result in the price cap being reduced, it says.

A series of additional more demanding service targets have also been set for the airport.

These include maximum wait times for passengers requiring assistance and availability of lifts, escalators and travellators.

The decision also includes a mechanism to enable the daa to seek a review of the charges if there is a disorderly Brexit. 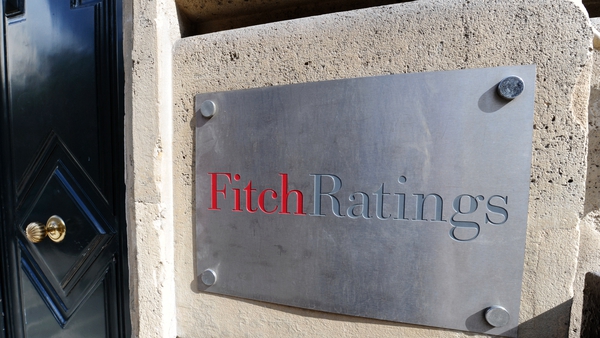