This will come as a relief for policymakers who remain wary of high debt and bubble risk and who are refraining from stimulating the sector as the economy cools.

The property sector has held up as one of the few bright spots in the world's second-largest economy with other parts hit as factories struggle to land new orders from abroad amid Beijing's bruising trade war with the US.

Average new home prices in China's 70 major cities rose 0.5% in September from August, when they also grew at the same pace.

This was the slowest pace since February, Reuters calculated based on National Bureau of Statistics (NBS) data today.

Chinese home prices in September rose 8.4% from a year earlier, slowing from an 8.8% gain in August, and the slowest since September last year.

Chinese regulators have vowed to refrain from stimulating the property sector as rapidly-growing household debt and rising home prices have deepened fears about a sudden market correction and concerns over housing affordability.

Property prices have now increased for the 53rd month in a row.

Most of the 70 cities surveyed by the NBS still reported monthly price increases for new homes in September, though the number was down to 53 from 55 in August.

The government has clamped down on speculative investment in the housing market since 2016 to prevent a sharp correction as prices soared.

But Beijing has been careful to tread its policy line to defuse risk without triggering a market collapse.

As local governments are given more autonomy in policymaking, price trends have been mixed, with some cities showing signs of rapid cooling while others are still plagued with overheating risks.

Some analysts have pointed to upside risks in some markets where regional governments have rushed to make it easier for out-of-towners to obtain local residency under the household registration system, which will allow them to overcome existing home purchase curbs on outside speculators.

Nanning, a city in southern China near the border with Vietnam, was the top price performer in the month, with prices increasing 2.1% on a monthly basis.

While property investment stayed buoyant in September boosted by a rise in new construction activity, growth in property transactions slowed during what is traditionally China's "Golden September" peak season for new home sales.

Sales were hurt by persistent pressures in the sector as a crackdown on speculators showed little signs of abating.

Economists noted some developers will likely ramp up sales promotion and slash prices towards the year-end to bolster their performance and secure revenues, though any sharp drop in home prices will not be tolerated by local governments.

Beijing has been clamping down on domestic and onshore financing for the sector, and kept down-payment requirements high for individual buyers in major markets.

More recently, Chinese regulators have stepped up efforts to press banks to raise mortgage rates and rein in mortgage lending amid concerns about property prices and rising household debt. 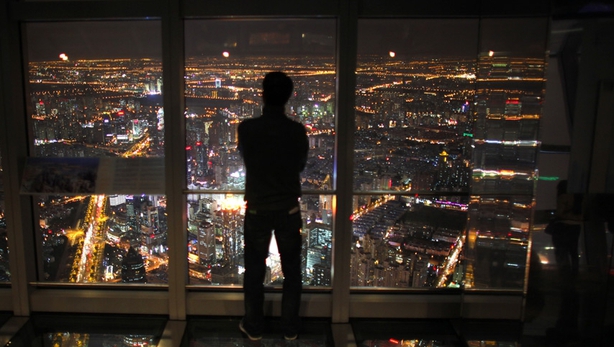