Tesco chief executive Dave Lewis will step down next summer after declaring the turnaround of the supermarket giant complete.

Dave Lewis will hand over the top job at Tesco to Irishman Ken Murphy, a former executive at healthcare group Walgreens Boots Alliance.

Celebrating its 100th anniversary, Tesco - which has a a 21.4% of the Irish grocery market - is five years into a recovery plan that Lewis launched after a 2014 accounting scandal capped a dramatic downturn in trading.

Ken Murphy will become the second outsider to lead Tesco, following in the footsteps of former Unilever executive Lewis.

And like Lewis, the 52-year old Irish national also has experience in the consumer goods industry - key suppliers to supermarkets - having started his career at Procter & Gamble.

"Now is the right time for me to pass on the baton, our turnaround is complete," Dave Lewis told reporters today.

"We've delivered all the metrics we set for ourselves, the leadership team is very strong, our strategy is clear and it is delivering," he said, adding he was not leaving for another job.

The announcement of Lewis's departure came as Tesco beat forecasts with a 25% rise in first-half operating profit before one of items of £1.4 billion and hiked its interim dividend by 58.7%, underlining the progress he has made.

Tesco was on its knees when Lewis joined, but has since met all his turnaround goals, including a key margin target of earning between 3.5 pence and 4 pence of profit for every pound customers spend.

The company's first half profit margin was 3.67%.

Tesco shares have risen 6% since Dave Lewis started in September 2014, while the FTSE 100 index had risen 8.5% in the same period.

Mr Lewis, however, noted that Tesco's share price had increased about 40% since October 2014 when the group reported the full extent of the accounting irregularities. 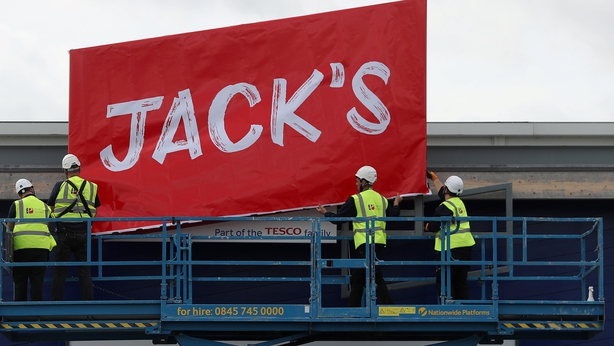 Tesco chairman John Allan said Dave Lewis had indicated to him a year ago of his plan for a 2020 departure, kicking off a succession process that also considered internal candidates.

He said Charles Wilson, the boss of Booker who was once seen as the frontrunner to succeed Lewis, did not want to be considered for the job.

He left his executive position at the US retailer at the end of 2018 but retained a consultancy role, Tesco said.

"We wanted a combination of experience, proven leadership in international retail businesses, a strong strategic mind and a track record in commercial and brand," said Chairman John Allan.

"Dave will be a hard act to follow, but Ken is unquestionably a seasoned, growth orientated business leader," Mr Allan added.

Given contractual commitments to Walgreens, Murphy's precise start date will be announced in due course.

Dave Lewis said he did not know if he had another big job in him.

"From the middle of next year I intend to take some proper time out with my family, re-charge the batteries and then think about what might come next," he said. 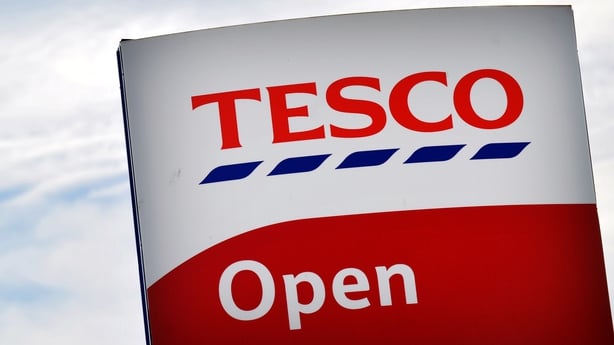 Tesco also said today it planned to step up its store opening programme and double its online capacity in the UK. It has also acquired wholesaler Best Food Logistics for a nominal sum.

The group said it had made a strong start to the year.

However, UK like-for-like sales fell 0.3% over the full half year, having increased 0.4% in the first quarter.

The company said this outcome partly reflected a tough comparative in the second quarter last year when a heatwave and the men's soccer World Cup boosted demand.

In its results statement today, Tesco said that sales in its Irish operations grew by 0.5% at actual rates.

It reported "particularly" strong sales growth in core fresh food, including bakery and produce, as customers responded well to its "You won't pay more" value campaign.

"Our total sales performance includes a new store contribution of 0.5%, principally relating to the opening of Liffey Valley Extra in May last year," the company.

Tesco is the world's third-biggest supermarket chain after France's Carrefour and global leader Wal-Mart of the US.

As well as stores in Ireland and the UK, it also has global operations dotted elsewhere including China, India, Malaysia, Slovakia and Thailand.