The chairman of the recently formed Banking Culture Board has told an Oireachtas committee that there is a serious problem with the culture in the banks here.

However Mr Justice John Hedigan said he believes the new organisation can turn things around and is looking to the future.

Addressing the Joint Committee on Finance, Public Expenditure and Reform, the retired judge said the top level bankers he had met had assured him that they are absolutely committed to change.

"Embedding ethical behaviour in banks is an ideal whose day has come in Ireland and around the globe," he said.

Mr Justice Hedigan also told TDs and Senators that the board is independent and does not speak for the banks.

Launched in April, the body was set up to encourage and support a cultural change in the main banks here in the wake of a series of scandals over recent years, beginning with the financial crash.

It is funded by banks and each of the five main institutions is represented by one member on the board, with seven more coming from outside the banking system.

The organisation's acting chief executive, Marion Kelly, told the committee that non-banking members of the board are being paid €30,000 a year for their services.

The cost of setting up the board was €1.6 million, she said.

Mr Justice Hedigan said the body was established to regain public trust in banking and the only way to do that was by earning it.

He said it is a unique body in the Irish context and claimed that the fact the banks are represented on the board but in a minority represents the best of both worlds.

Banks own the problem and they have to own the solution, he added.

Mr Justice Hedigan said that during his time on the bench he had encountered some very bad people, but had never lost his faith in human nature.

The vast majority of those working in banking are decent honourable people, he claimed.

He said that so far he has reason to be cautiously optimistic that change can be brought about.

He also expressed a view that the tracker mortgage controversy was the catalyst that led to the setting up of the culture board.

The chairman also suggested that the culture board may have played a role in the decision by the banks to declare that they would not be invoking rules about the time limits within which  complaints around tracker mortgage cases had to be brought to the Financial Services and Pensions Ombudsman.

He said when it emerged that they might be invoking the rules, he wrote to the bank representatives on the culture board and asked those who were planning to invoke the time limit rules to contact him about what he described as "this troubling issue".

Over the following week all the banks subsequently came out and publicly said that they would not invoke the time limits, he said. 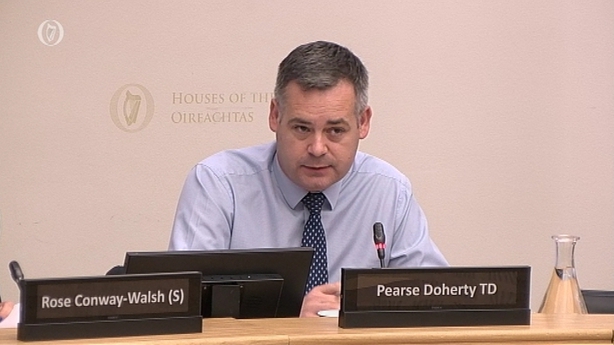 Pearse Doherty, Sinn Féin's finance spokesman, said he was sceptical about the board and expressed the view that it was about banks and the industry trying to "get out first".

He said he saw the board as an effort by the banks to stop more invasive action by the Oireachtas in tackling the culture in the banks.

Mr Doherty also claimed that the board's recent statement welcoming the decision of the banks not to invoke the time limit rules in tracker mortgage being appealed to the financial ombudsman came down on the bank side of the core argument.

He said the banks had no right to invoke the time limits in the first place and the board had failed to call out the culture of the banks. 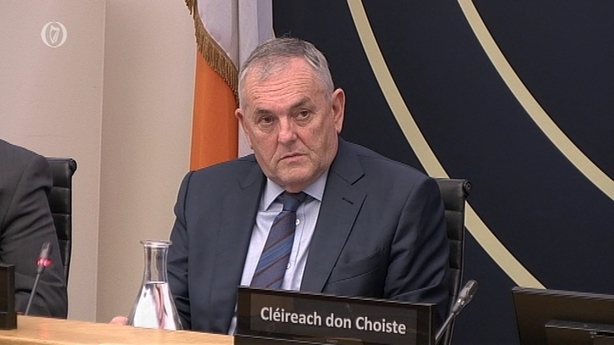 Committee chairman John McGuinness said he found the culture that had been established in banks and then passed on to younger generations of bankers to be shocking.

"They hate being called out and they have not changed," he said. "I really cannot get over that they are getting away with it still."