Consumer prices in Britain rose last month at the slowest rate since December 2016, a pre-Brexit boost to the spending power of households who are also seeing the fastest wage growth in 11 years.

Prices of goods and services paid by consumers rose at an annual rate of 1.7% in August after a 2.1% increase in July, the Office for National Statistics said.

A Reuters poll of economists had pointed to a rate of 1.9%.

Separate ONS figures showed British house prices rose in July by just 0.7% in annual terms, the smallest rise since 2012, as weakness in the London market spread to other parts of England.

Overall, the surprisingly sharp fall in inflation should boost households whose spending has fuelled the economy while businesses cut investment ahead of the October 31 deadline for leaving the European Union.

"The inflation rate has fallen noticeably into August, to its lowest since late 2016," ONS statistician Mike Hardie said.

"This was mainly driven by a decrease in computer game prices, plus clothing prices rising by less than last year after the end of the summer sales," he added.

It was the biggest drop in the annual rate of inflation from one month to another since late 2014.

Last month the Bank of England forecast that inflation would fall to a three-year low below 1.6% in the final quarter of this year, reflecting lower oil prices and government caps on household energy bills.

This is despite a sharp fall in the value of sterling since Boris Johnson became prime minister with the promise to take Britain out of the European Union on October 31, even if that means leaving without a deal.

Measured against a basket of widely-used other currencies, sterling fell in August to its lowest since October 2016, although the pound has regained ground over the last week.

The Bank of England said that underlying inflation pressures mean it is still likely to need to raise interest rates over the medium term, assuming Britain avoids major Brexit disruption and the global economy recovers from its slowdown.

Official data last week showed wage growth hit an 11-year high of 4% in the three months to July, a pace which would normally prompt the Bank of England to tighten rates. 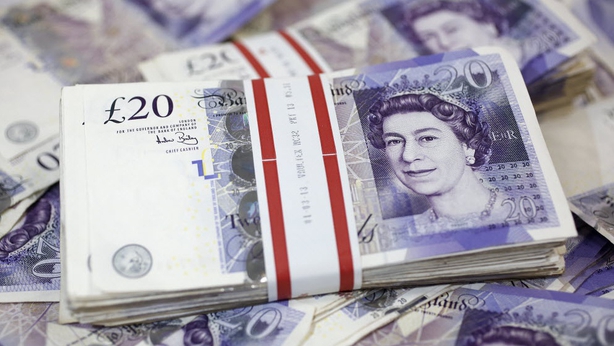 But underlying inflation pressures are modest for now.

An ONS measure of core inflation, which excludes energy, fuel, alcohol and tobacco, dropped to 1.5% compared to forecasts for it to fall to 1.8%.

Among manufacturers, the cost of raw materials - many of them imported - was 0.8% lower than in August 2018, compared with a 0.9% increase in July, pushed down by lower oil prices.

This was the biggest drop since May 2016. Economists polled by Reuters had expected input prices to fall by 0.5%.

The ONS said house prices in July rose by an annual 0.7% across the UK as a whole compared with 0.4% in June, marking the smallest rise since September 2012.

House prices are now falling in annual terms in four out of nine regions in England, the ONS said.

Justin Doyle said this was mainly due to the volatile computer games sub-component, which slumped 5% month-on-month in sharp contrast to a marginal 0.1% decline seen in the same month a year ago.

The analyst said he doubted that today's numbers would materially shift the Bank of England's Monetary Policy Committee's assessment of inflationary dynamics.

"Overall we judge that the Committee will refrain from raising the bank rate until it can be reassured that a no-deal Brexit and a significant global downturn will be avoided," he added.