Unveiling her top team, new European Commission president Ursula von de Leyen said the Danish official would keep the competition brief and step up to be an executive vice-president.

Margrethe Vestager was one of the stars of the outgoing commission, upsetting Berlin and Paris by opposing a merger between train-makers Alstom and Siemens and clashing with the White House.

Last year, US President Donald Trump complained to outgoing commission head Jean-Claude Juncker about Vestager's efforts to regulate big tech, and declared: "Your tax lady, she really hates the US."

But von der Leyen, the commission's first female leader, insisted that she was not seeking renewed trade clashes with the US, just defending the European way of life and business.

"The only aspect that matters in assigning portfolios is quality and excellence," von der Leyen said, describing former Danish minister Vestager's performance at competition as "outstanding."

"This is the team that will shape the relationship with the United States of America - although we have issues, they are our closest allies - and define our relations with a more self-assertive China," she said.

"This commission will be a geopolitical commission, I want the European Union and thus the commission to be the guardian of multilateralism, because we know that we are stronger by doing together what we cannot do alone," she added.

The 27 politicians that she named to commission posts, 13 women and 14 men from every country of the EU barring Britain, must now be approved by the EU parliament before taking office on November 1.

Britain plans to leave the European Union on October 31, with or without a withdrawal deal, and will have to negotiate future trade relations with Brussels from outside the bloc.

Von der Leyen's line-up also contained what will be interpreted as a firm message for London - she promoted Ireland's Phil Hogan from the agriculture brief to the powerful trade portfolio. 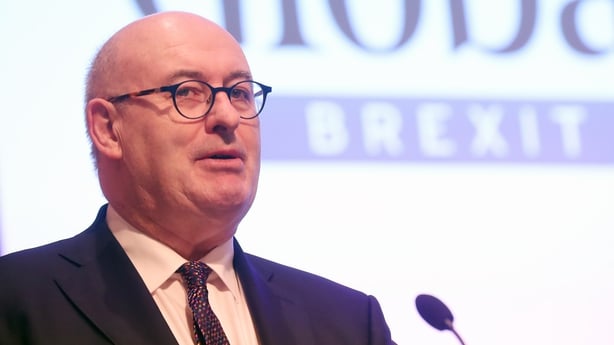 There, he will not only have to work to stave off a trade war with the US, but will lead negotiations on a future free trade deal that London must seek once it extricates itself from the union.

Under von der Leyen, Vestager and Dutch politician Frans Timmermanns will have beefed up vice-presidential roles.

"I want the European Green Deal to become Europe's hallmark. At the heart of it is our commitment to becoming the world's first climate-neutral continent," von der Leyen said.