Diageo, the world's largest spirits company, reported higher annual profit today, helped by growth across all its markets and the popularity of its "Game of Thrones" inspired scotch.

The company also approved plans to return up to £4.5 billion to shareholders over financial years 2020-2022, less than some analysts had expected, which pushed its shares 1.8% lower.

Diageo has been restructuring in recent years to improve performance and streamline its portfolio, while trying to bulk up on newer, hipper brands.

It has looked to focus on its scotch business and grow its operations in India and the US.

Diageo also said its net sales in Ireland grew by 3%. It noted flat beer sales, but said its lager net sales grew by 4% on the back of strong growth in Rockshore. 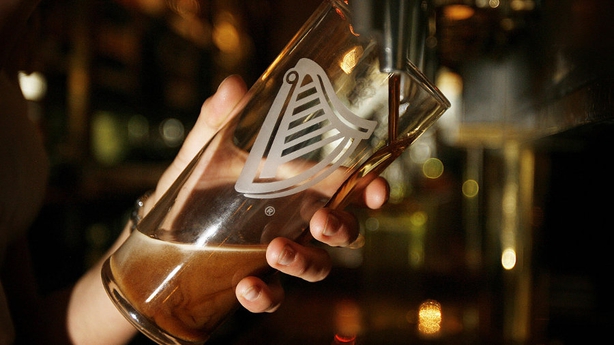 Scotch represents a quarter of Diageo's net sales and was up 6% with broad-based growth across all regions except Europe.

Diageo said Scotch growth in the period was driven by Johnnie Walker, helped by the launch of "White Walker by Johnnie Walker" inspired by HBO's global hit "Game of Thrones", which recruited new consumers into scotch.

Diageo, however, faces potential pressure from US President Donald Trump's use of tariffs as a weapon in trade conflicts because Scotland's most famous export could get caught up in the crossfire.

The company also faces headwinds in Scotland, where talks over pay between the company and two of its biggest Scottish unions fell apart this week, threatening the production of some the region's most popular whiskies.

"I would say it's just too early to tell whether that trade dispute between the US and the EU is going to have (an impact)on our industry and to what degree," Diageo's chief financial officer Kathryn Mikells told reporters on a call.

"We wouldn't be immune from a trade war but I think it's important to remember how resilient Diageo is, given the broad portfolio," she added.

Diageo launched a new brand of gin called Villa Ascent earlier this year to capitalise on the growing gin craze among Britons dubbed the "ginaissance".

More than 66 million bottles of gin were sold in Britain last year, up 41%, according to the Wine and Spirit Trade Association.