The UK budget airline also announced that it had poached Peter Bellew as its chief operating officer from Ryanair.

EasyJet said revenue for the quarter ending June 30 increased by 11.4% to £1.8 billion.

The increase was driven by more bookings, initiatives to optimise its pricing and more ancillary revenue from additional services such as allocated seating and luggage check-ins.

The robust trading, at a time when many the industry are struggling, comes despite a general softening of demand due to tougher economic conditions across Europe as well as Brexit-related consumer uncertainty in Britain, it said.

"Make no mistake - it is still tough out of there," chief executive Johan Lundgren told reporters today.

"It is still a challenging environment, but I think what we are seeing is that the actions we are taking ourselves is having a positive effect," the CEO said.

"We've been pleased with how the late trading has come in, which has been supported by these initiatives," he added.

The airline said it expected to deliver a profit before tax of between £400-440m, in line with market expectations, and Lundgren said that second-half forward bookings were at 78%, giving the airline better visibility.

The group added that it had hired Peter Bellew who is stepping down from his role at Ryanair at the end of the year, according to a memo to staff seen by Reuters. 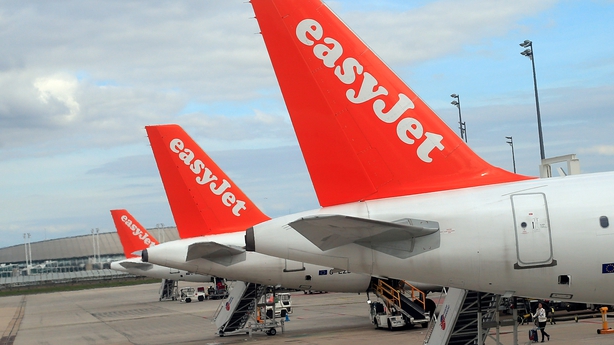 The former chief executive of Malaysian Airlines re-joined the Irish carrier in December 2017.

Earlier this week, Ryanair said it had cut its forecast for growth in traveller numbers for summer 2020 to provide for the possibility of further delays in deliveries of the grounded Boeing 737 MAX.

Lundgren said that EasyJet's strategy on capacity would not change with anything a competitor was doing.

"But I think it's good to see that discipline in capacity is coming back into the marketplace, and we are no exception to that," he said.

Analysts at RBC reiterated an "outperform" rating on the stock, adding that EasyJet was well placed to bounce back from a tough 2019 for the industry.