It's a pleasant scene, but also distant, inconsequential in terms of the everyday.

It’s hard to imagine that beekeeping – a niche activity – might be the centre of a billion-dollar industry, an industry responsible for a third of the food we eat: crops like apples, avocados, blueberries, cranberries and almonds. But it’s true. Beekeeping’s a big business, and it’s only getting bigger.

"[Beekeeping] is a billion-dollar industry at this stage," Dr Fiona Edwards Murphy, CEO of AgriTech start-up ApisProtect, said. "And it’s going to continue growing as we increase the number of crops that we produce and increase the percentage of our diet dependent on these kinds of crops."

Using the almond growers in the drought ridden Central California (home of US almond industry as well as over two million beehives) as an example, Dr Murphy notes, "Securing bee populations has become a bigger concern for almond growers than providing water to their almond trees."

Bees are in high demand. 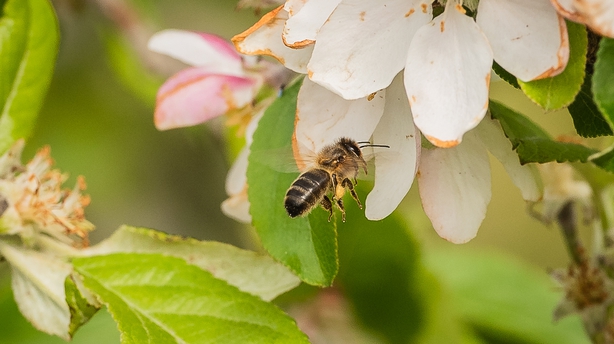 Dr Murphy’s business aims to protect these valuable insects for the sake of humanity.

"In order to make our agricultural output more carbon efficient and meet the needs of the extra billion people we’re going to have on this planet in the next thirty years, we’re going to need to increase the amount of these types of crops that we produce" - high nutrient, low carbon footprint crops like avocados and almonds. "We’re not going to be able to do that without worker bees."

Dr Murphy, who holds a PhD in electrical engineering from University College Cork, believes a technological approach to beekeeping can update the centuries old practice in order to meet the demands of the modern world.

Her company’s core product is "a platform that goes inside the beehive" with "a variety of different sensors on board" measuring things like "temperature, humidity, carbon dioxide, sound and movement" - data that captures a complete picture of what goes on in the hive.

Machine learning then takes the raw data and turns it into useful information for the beekeeper.

"A beekeeper doesn't care if there’s a relative humidity of 69%," Dr Murphy explained. "All [the beekeeper] cares about are questions like, is this a small hive? Is it healthy? Is it unhealthy? Is there something I can do today to make an impact on that hive?"

"What we’re helping beekeepers to do is essentially move past what beekeepers have been doing since the middle ages: getting into a suit, traveling miles to their beehive, opening a box and finding out whether or not they actually need to do anything, never mind what it is they might actually need to do."

With ApisProtect, according to Dr Murphy, beekeepers "can just open their phone in their office, check which hives are healthy, which hives are unhealthy, find out what they need to do and immediately act on that. For a large-scale beekeeper, or a beekeeper with thousands of beehives, this would be an unbelievably useful tool."

The ApisProtect concept was born in the UCC Ignite entrepreneurship programme, where Dr Murphy developed her core business skills and began thinking about the path to market 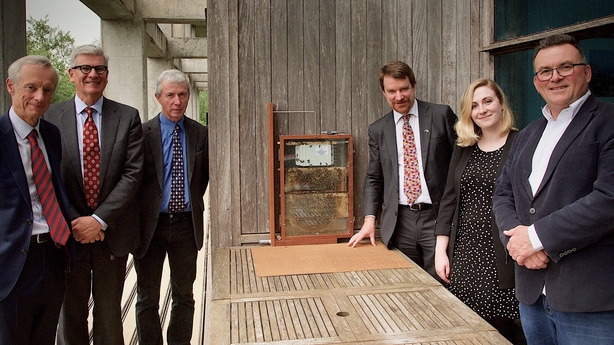 Andrew Wood, an entrepreneur with extensive experience in professional services, and Dr Padraig Whelan, a scientist specialising in ecology, soon came on board to help Murphy realise her ideas.

"I was able to take a good look at and understand where we were as a business idea and start validating it with potential investment sources" Mr Wood said. "We had an early win with Yield Labs in St. Louis, Missouri, who have and AgriFood background. We were then able to work with that commitment and attract other venture capital firms, culminating in our $1.8 million feed round in August of 2018, led by Finistere Ventures, the world’s largest investor in agricultural technology."

The key to attracting funding, Mr Wood explained, is having a clear problem to solve.

"It doesn't really matter what sector you operate in provided you answer the basic question: Does what you have provide substantial value to a global problem that need be solved? It’s no good having something that looks good on paper – a great idea – but is looking for a problem to solve."

ApisProtect, had both a problem to solve and a clear vision for how to solve it. They now have an eye for expansion.

"We’re based in Cork. We have 13 on our team right now," Dr Murphy said. "We’ve opened our first international office in Salinas, California. The plan is to grow to 25 employees over the next 12 months, mostly based in Cork."

"One of [the challenges]," Mr Wood added, "because we are entirely focused on export markets, is to make sure we are in those markets. Our primary market is the United States. Fiona, myself and Padraig have to make sure that one of us is in the United States at all times, so that we can spend time with potential customers, with people in the ecosystem there. It’s not possible just to fly in and fly out ... you have to be there."

ApisProtect future, although bright, is not entirely clear.

"Our biggest competitor is nurture," Mr Wood said. "Beekeepers have been doing what they’re doing since the middle ages. They're not in any hurry to change anything."

Though, given current circumstances – growing populations, environmental concerns, shifting diets – a little change may be exactly what they (and the bees) need.