US job growth rebounded strongly in June, but moderate wage gains and mounting evidence that the economy was slowing sharply could still encourage the Federal Reserve to cut interest rates this month.

Non-farm payrolls increased by 224,000 jobs last month, the most in five months, the government said.

The economy created 11,000 fewer jobs in April and May than previously reported. Economists polled by Reuters had forecast payrolls rising 160,000 jobs in June.

The pace, however, remains well above the roughly 100,000 needed to keep up with growth in the working age population.

Lack of concrete progress in resolving an acrimonious trade war between the US and China, however, means the bar could be very high for the Federal Reserve not to lower borrowing costs at its July 30-31 policy meeting.

The Fed last month signaled it could ease monetary policy as early as this month citing low inflation as well as growing risks to the economy from an escalation in trade tensions between Washington and Beijing.

President Donald Trump and Chinese President Xi Jinping last week agreed to a trade truce and a return to talks.

Trump has said he is in "no hurry" to make a deal and this week accused China and Europe of "playing big currency manipulation game and pumping money into their system in order to compete with USA."

The trade fight has undercut business confidence, leading to a downturn in equipment spending and manufacturing.

The US economy, which has expanded a record 10 years, has shifted into lower gear as the stimulus from last year's massive tax cuts and more government spending fizzles.

The Atlanta Fed is forecasting gross domestic product rising at a 1.3% annualised rate in the April-June quarter. The economy grew at a 3.1% pace in the first quarter.

The trend in wage growth has slowed from late last year when wages were rising at their fastest rate in a decade, pointing to moderate inflation.

Average hourly earnings rose six cents or 0.2% after gaining 0.3% in May. That kept the annual increase in wages at 3.1% for a second month in a row. 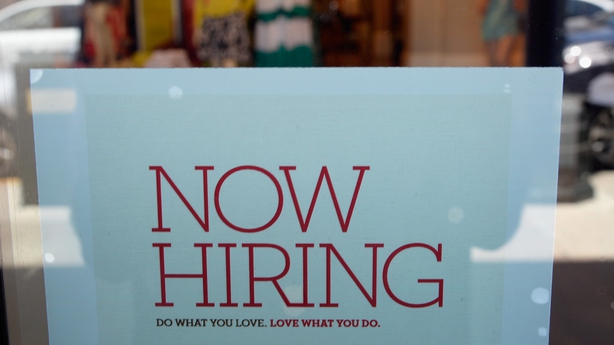 Meanwhile, the US unemployment rate rose one-tenth of a percentage point to 3.7% as people entered the labour market.

Some of the recent drop in the jobless rate has been because of people leaving the labour market.

A broader measure of unemployment, which includes people who want to work but have given up searching and those working part-time because they cannot find full-time employment, rose to 7.2% in June from 7.1% in May.

US job growth has slowed in part as employers struggle to find qualified workers. There are about 7.4 million job openings.

Today's figures showed that hiring picked up nearly across all sectors in June, though retail payrolls contracted for a fifth month in a row.

Manufacturing payrolls increased by 17,000 jobs after rising by 3,000 in May.

The surge in hiring is despite the sector struggling with an inventory bulge, concentrated in the automotive industry, trade tensions, design troubles at planemaker Boeing and slowing global growth.

The average workweek was unchanged at 34.4 hours in June for a third month in a row.