A shrewd negotiator who has run the IMF but has little monetary policy experience, Christine Lagarde will face the challenge as the European Central Bank's new chief of having to revive the euro zone economy with a largely depleted policy arsenal.

Once France's first woman finance minister, and head of the International Monetary Fund since 2011, she is a strong advocate of female empowerment.

She has has long argued that more women in banking and regulation would improve financial stability.

She is also certain to start breaking down a gender barrier at the ECB - an institution still dominated by men, despite having long set equality as a priority.

"Christine Lagarde will, with her international background and standing as the current managing director of the IMF, be a perfect president of the ECB," Donald Tusk, the outgoing chairman of EU summits, said.

Ms Lagarde had unreservedly rejected the suggestion of taking up the ECB job till recently. 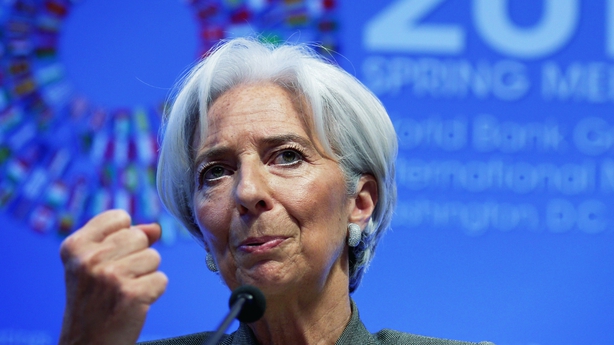 But she called the nomination to succeed Italy's Mario Draghi from November 1 an "honour" and said she would temporarily give up her role at the IMF during the nomination process.

While her confirmation could be lengthy, it is likely to be largely a formality as long as the euro zone's biggest member states - Germany, France and Italy - are in unity.

Lagarde, 63, has blamed the global financial crisis a decade ago in part on testosterone-fuelled greed.

"If it had been Lehman Sisters rather than Lehman Brothers, the world might well look a lot different today," she once said.

Consistently ranked among the top 10 most powerful women by Forbes magazine, she has rebuilt the IMF's credibility following Greece's 2010 bailout, which not only bent the Fund's own rules but needed to be followed up with more aid over years.

Lagarde's immediate challenge at the ECB would be to overcome her shortcomings in monetary policymaking, especially as it seeks to rearm for a potential new slump after years of using unconventional policy tools to stimulate inflation and growth.

A former competition lawyer with Baker McKenzie, the divorced mother of two became French finance minister in 2007, then took over at the IMF when a sex scandal forced her predecessor Dominique Strauss-Kahn to quit.

A non-economist leading a major central bank is unusual, although US Federal Reserve chairman Jerome Powell is also a trained lawyer and spent much of his career in private equity.

"The initial criticism is obvious: no central bank experience, not the top-notch economics education, another former politician at the head of the ECB," ING economist Carsten Brzeski said.

"However, let's not forget the old saying 'the king is dead, long live the king'".

Another complication for Lagarde, a vegetarian with a keen sense for fashion, would be her 2016 conviction on negligence charges over a state payout made in 2008 while she was finance minister.

While judges said her failure to contest a €400m state settlement led to a misuse of public funds, she escaped punishment and the IMF board reaffirmed her in her post.

But Ms  Lagarde also has a global perspective that many of her rivals for the ECB job lack.

She has spent much of this year warning about the global impact of the US-China trade war and vowed to maintain the IMF's lending firepower - about $1 trillion - so it could backstop any scenario.