A total of 149.2 million tonnes of goods was transported by road last year, new figures from the Central Statistics Office show, an increase of 1.4% on the 2017 total.

The total distance covered by road freight transport in 2018 was 1.6 billion kilometres.

The commodity group "Quarry products, metal ores and peat" represented 28.1% of all tonnes carried during the year. 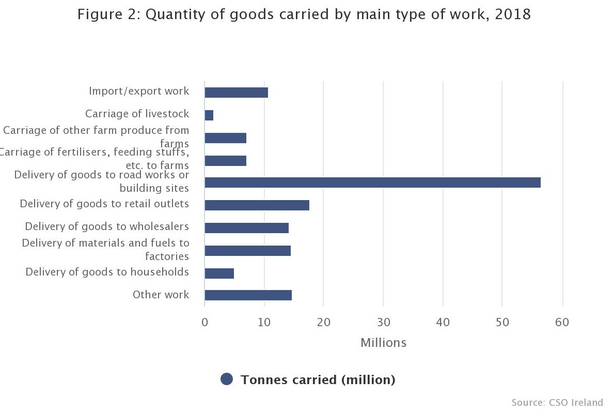 There were an estimated 118,032 Irish registered goods vehicles (greater than 2 tonnes unladen weight) operating in Ireland and abroad in 2018.