Italy's UniCredit has put a possible bid for Commerzbank on ice as the German rival does not want to engage in negotiations so soon after the collapse of merger talks with Deutsche Bank, four sources said.

UniCredit had stepped up preparations for a potential takeover of Commerzbank by engaging Lazard and its banker Joerg Asmussen, a former German deputy finance minister, and JP Morgan

This is according to people familiar with the matter.

That raised the prospect of a deal that would allow Italy's largest bank by assets to shift its focus away from its struggling domestic market, a key plank of chief executive Jean-Pierre Mustier's strategy.

But the advisers have had little luck discussing a possible bid with Commerzbank, which is represented by Goldman Sachs and Rothschild, and have been left on stand-by, the sources said.

Mustier has been forced to put his ambitions on the backburner as Commerzbank has asked for some "breathing space" and is not ready to negotiate another deal just yet, the sources said.

"Commerzbank told UniCredit they need time to think about the best course of action," said one of the sources, who has direct knowledge of the matter.

This source ruled out a bid being revived over the summer.

He said things might change with time, although it was unclear when the Germans might be ready to sit at the table for talks with the Italian bank.

UniCredit has long been interested in expanding in Germany as it seeks to reduce its exposure towards its Italian home market, which has been weighing down its share price, several sources familiar with management's thinking have said.

The Milan-based lender, which has a market capitalisation of around €24 billion compared to Commerzbank's €8 billion, already owns HVB, a large German lender based in Munich.

But the Italian bank, which has been concentrating on its own turnaround plan, had been awaiting the outcome of merger talks between Commerzbank and its larger Frankfurt neighbour, Deutsche Bank, which unravelled in April.

UniCredit's plans for a tie-up with Commerzbank were already at an advanced stage, the sources said. 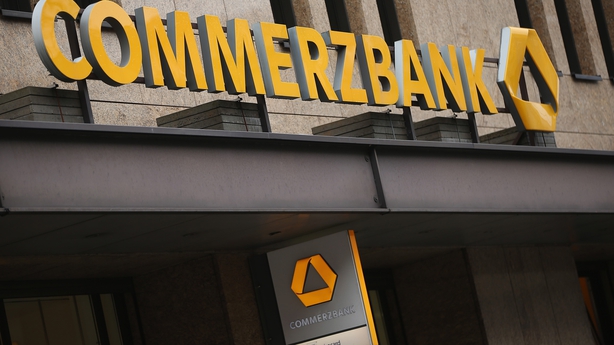 Under its plans, UniCredit would merge HVB and some of its central European operations with Commerzbank, while separating and ringfencing its Italian business, one of the sources said.

UniCredit's Central European network includes Bank Austria which ranks as a leading retail bank in the country employing 4.800 people in 123 branches as of March.

The German combination would be listed in Frankfurt, while UniCredit would maintain its listing and headquarters in Milan.

Two bankers close to the situation said UniCredit would need a capital increase of between €5-7 billion to finance the deal.

Mindful that UniCredit's exposure to Italy was regarded as a deterrent to a deal in Germany, Mustier also moved last month to cut it, including by announcing the bank would reduce its vast portfolio of Italian government bond holdings.

UniCredit had €54 billion of Italian bonds at the end of March.

However, he is holding fire for now on Commerzbank, trying to figure out how to persuade the Germans, a second source said.

Two separate sources said Commerzbank, in which the German state has a 15% stake, would only engage in merger negotiations with UniCredit if it was certain they would succeed, as it could not afford another round of failed tie-up talks.

Both banks are due to update investors on their strategy before the end of the year - UniCredit on December 3, Commerzbank probably by early October.

Both banks will face questions from investors about where earnings growth will come from after years of restructuring.