Inspired by one of the biggest names in Irish whiskey in the 19th century, George Roe, the Guinness Power Station has been regenerated into a new visitor experience and urban distillery.

Roe & Co owner Diageo said that visitors to the Roe & Co distillery will experience one of the most immersive experiences in whiskey distilling. 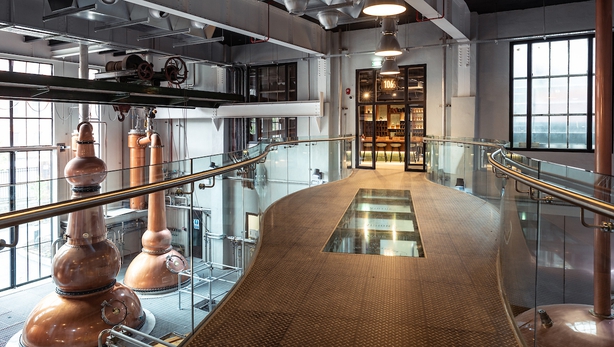 There were just four working Irish whiskey distilleries at the start of the decade but the opening of the Roe & Co Distillery sees that number rise to 27.

The distillery will distil 14,000 litres of whiskey in every run, with an annual maximum capacity of approximately 500,000 litres of alcohol.

The new home for Roe & Co has already garnered global attention after the Lonely Planet which named the distillery one of the 10 best new openings in the world for 2019.

Diageo CEO Ivan Menezes said that one of the most iconic buildings of the Dublin skyline has been reimagined and regenerated into a world-class distillery and experience for Roe & Co.