The European Central Bank has extended a deadline for filling three top jobs at its bank supervision arm after it failed to hire any women for the roles, two sources said.

With only one woman on its 25-member Governing Council and just a handful of women on the Supervisory Board, the ECB has long been criticised by European lawmakers for fostering a culture that favours men.

Men hold over three quarters of senior managerial positions at the ECB.

Pressure on the bank only increased in recent months when the top two bank supervisors, Daniele Nouy and Sabine Lautenschlaeger, were replaced by men, seemingly countering the ECB's stated goal of improving gender balance.

The ECB, which oversees 117 of the euro zone's biggest banks with €21 trillion in assets, will now seek applications for the three internal Supervisory Board vacancies until June 12 instead of the original May 15 deadline.

While the ECB is under no legal obligation to find women for the jobs, picking only men would put it in a politically untenable position and would likely hold up the approval of board member Yves Mersch to become the vice chair of the supervisory board, the sources said.

Mersch was picked by the ECB's Governing Council in April to replace Lautenschlaeger as the second-in-command of bank supervision but he still requires the approval of EU lawmakers before he can take up the job.

The sources said that ideally there should be at least two women filling the six internal Supervisory Board seat to diffuse political tension over gender inequality.

A conflict over gender also risks slowing the Parliamentary approval of ECB board members, a potential headache as ECB President Mario Draghi and board member Benoit Coeure are both due to leave the bank in the coming months.

The appointment of Mersch to the ECB board in 2012 was held up for several months due to complaints by lawmakers about gender imbalance. 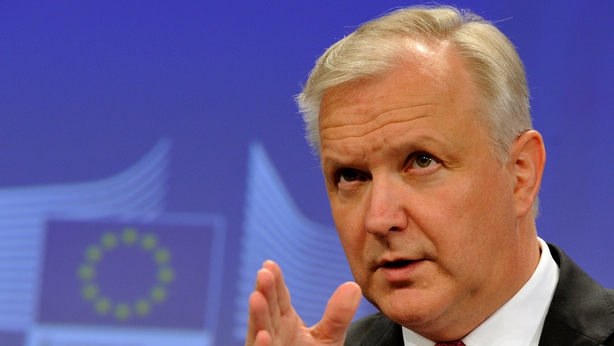 European Central Bank presidential hopeful Olli Rehn spelled out the challenges facing Mario Draghi's successor in an interview published over the weekend, but declined to comment on the process.

The ECB rate setter and Bank of Finland chief has been tipped as a potential successor to Draghi when the ECB president leaves on October 31, but the process is steeped in secrecy.

"I trust that EU decision makers will find a person for the job who will be able to manage it even through tight spots which will also come," Rehn was quoted as saying by Finland's Helsingin Sanomat newspaper.

Replacing Draghi, who famously pledged in 2012 to do "whatever it takes" to save the euro, has left markets anxiously awaiting news of his successor.

"The governor has to be both qualified in monetary and financial policy as well as capable of team play," Rehn said, while declining to comment on the deliberations.

Rehn's previous posts include Finnish minister for economic affairs as well as a decade working as a European commissioner overseeing the bloc's enlargement as well as economic policy.

In March, a Reuters poll of economists found that while French ECB board member Benoit Coeure was considered best-suited for the top job, the most likely compromise candidate was Rehn's compatriot Erkki Liikanen, a former Finnish central bank chief.

When asked who was the most likely to win, well over a third named Liikanen, with the remainder almost equally split between Coeure, Rehn, French central bank chief Francois Villeroy de Galhau and Bundesbank chief Jens Weidmann.

In the newspaper interview, Rehn paraphrased former England soccer player Gary Lineker's line that, in the end, the Germans always win, although no German has so far held the top ECB job.