Hibernia REIT has reported higher profits and rental income for the year to the end of March and said it expects a very strong year for take-up in the Dublin office market.

Hibernia REIT said its profit before tax - including revaluation surplus and disposal gains - amounted to €124m, up from €107.1m the previous year.

Hibernia said its portfolio was valued at €1.395 billion, an increase of 7.9% in the year and up by 3.8% since the second half of the previous year.

The REIT's net rental income also rose by 16.6% on the previous year.

It has also proposed a final dividend of two cent per share, which brings its total for the year to 3.5 cent, up 16.7% on the year.

During the year, Hibernia REIT finished two development schemes to complete the Windmill Quarter and also agreed a large letting to HubSpot.

It disposed of New Century House and 77 Sir John Rogerson’s Quay for €100.3m, while a total of €40.0m was reinvested in seven acquisitions, including the purchase of 98.3 acres of land at Newlands in late 2018.

The company received new grants of planning for future office developments at Marine House and Harcourt Square and refinanced its debt. 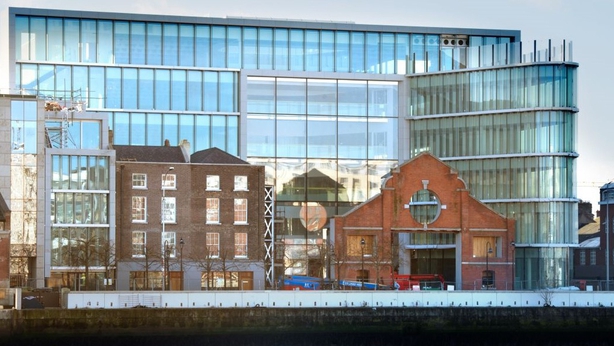 "In 2018, Dublin took up 3.9 million square feet which was the strongest year on record, and in the first quarter of 2019, we've had 1.4 million square feet of take up. The predominant feature in the market are these new jumbo deals - the Facebook deal in the old AIB headquarters in Ballsbridge and Google's growth on Barrow Street."

Houses and apartments on the rental market are in short supply. Hibernia acknowledges that the same is true of office space. "What you are continuing to see is the vacancy rate falling, and that's because basically, there's more tenants taking space than there is space being delivered, and I think we are going to see that continuing for the next couple of years," Mr Nowlan said.

The chief executive said one of the positives of all the institutional capital, particularly the REITs, coming into the sector in 2013 and 2014, is that they brought in much needed capital to start building.

"Construction only really got going in 2016 with about a million square feet of space delivered in the market. There is still a real difficulty getting finance for development, and as a consequence, the recovery has probably been more muted than people would have thought," he said.

Hibernia's competitor Green REIT is for sale, and some analysts say they are calling the top of the market.

"We will maintain our disciplined approach to capital allocation and in the near term we are focused on letting the vacant space in our portfolio and completing the outstanding rent reviews," he added.