UniCredit has stepped up preparations for a potential bid for Germany's Commerzbank by drafting in investment bankers including a former top German official, three people familiar with the matter said.

The Italian bank had engaged Lazard and its banker Joerg Asmussen, the former German deputy finance minister, along with JP Morgan for a possible takeover, the sources said.

This raises the prospect of a deal that could allow UniCredit to pivot away from its struggling domestic market.

UniCredit said in statement responding to the Reuters report that it wanted to clarify that no banking mandate had been signed in relation to any potential market operation.

The bank reiterated that its current business plan is based on organic growth and a new plan will be unveiled later this year.

Although it is unclear whether and when a bid could be made, UniCredit has long been interested in expanding in Germany, said several sources familiar with management's thinking.

It already owns HVB, a large German lender based in Munich.

But the Italian bank, which has been concentrating on its own turnaround plan, had been waiting on the outcome of merger talks between Commerzbank and its larger Frankfurt neighbour, Deutsche Bank.

Those talks unravelled in recent weeks, placing Commerzbank back on the agenda for UniCredit chief executive Jean Pierre Mustier,.

He will be running the rule over a target worth about €9.3 billion compared with UniCredit's market capitalisation of €24.4 billion.

UniCredit's advances come as Dutch bank ING Groep has also shown interest in Commerzbank, sources familiar with the matter said. One person with knowledge of those informal talks described them as "intensive".

The success of any approach will hinge in part on the German government, which owns a 15% stake in Commerzbank, stemming from a bailout during the financial crisis.

Some officials had hoped to keep Commerzbank in German hands, which is why they pushed for a deal with Deutsche Bank. 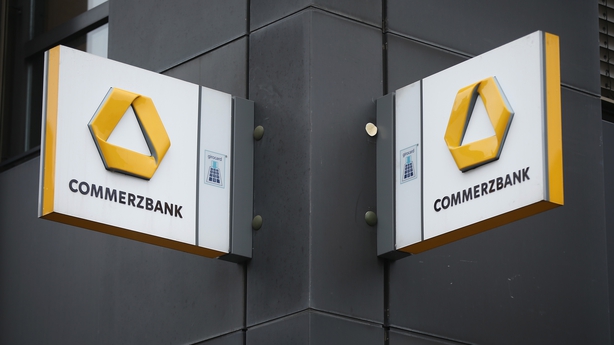 One German official said the government would be open to a merger between Commerzbank and a foreign European rival, such as UniCredit.

But a deal that would tie one of Germany's biggest banks to debt-laden Italy could ultimately prove hard to sell in Berlin.

If a takeover does emerge, it would be one of the largest deals involving banks across European borders since the financial crisis.

Such mergers are still hard to pull off because laws and regulations still vary from country to country despite the single market, bankers say.

However, any initiation of talks is sure to ruffle feathers at Commerzbank, where employees - fearful for their jobs - had overwhelmingly opposed a tie-up with Deutsche Bank. Unions had forecast as many as 30,000 lost jobs.

Analysts at Citi said that any tie up with UniCredit could make it cheaper for the bank to refinance its operations and trigger other cost savings.

UniCredit last week announced that it was reducing its exposure to Italy to boost its financial strength, with measures including cuts to its portfolio of Italian government bonds.

That move could strengthen prospects for an acquisition in Germany, where UniCredit's high exposure to Italy is seen as a barrier to a deal, several bankers said.

UniCredit had €54 billion of Italian government bonds at the end of March.

Italian UniCredit shareholders are in favour of any deal that can boost its market value, but some want the bank to retain its Italian identity, a person close to the matter said.