The UK unemployment rate fell to its lowest since the mid-1970s in early 2019 as employers hired in the run-up to the original date for Britain's EU departure.

But there were signs that Brexit was beginning to weigh on the jobs boom.

The UK jobless rate edged down to 3.8% in the first quarter, its lowest since the three months to January 1975, the Office for National Statistics said today.

Unemployment dropped by 65,000, the biggest drop in more than two years.

But employment growth slowed to 99,000, well below a median forecast of 135,000 in a Reuters poll of economists, and wage growth lost momentum too.

"It is possible to see the shadow of Brexit in some of these figures," Mike Jakeman, an economist at accountancy firm PwC, said.

"March was the month when Brexit anxiety was at its most acute and it might have been the case that firms were more reticent to offer higher wages and advertise new positions," he said.

The numbers could just as easily be a minor blip in the recent run of strong jobs and earnings growth, he also said.

Britain's labour market has remained resilient as Brexit has neared, helping households whose spending has driven an otherwise fragile economy.

However, the jobs boom may well reflect how employers have opted to take on workers - who can be laid off quickly during a downturn - rather than commit to longer-term investments while they wait for uncertainty over the conditions of Britain's departure from the European Union to lift. 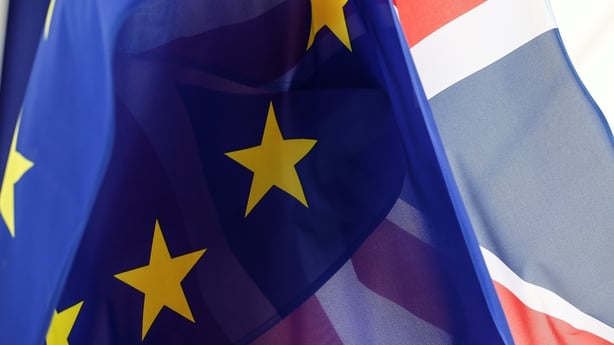 Brexit was originally due on March 29.

Last month it was delayed for a second time until October 31 to give Prime Minister Theresa May more time to break an impasse over its implementation in parliament and in her own Conservative Party.

The strength of the labour market has pushed wages up more quickly than the Bank of England has forecast, leading some economists to think it might raise interest rates faster than investors expect once the Brexit uncertainty clears.

The ONS said that in January-March, total earnings including bonuses rose by an annual 3.2%, slowing from 3.5% in the three months to February and weaker than a Reuters poll forecast of 3.4%.

The Bank of England this month said it expected wage growth of 3% at the end of this year.

Many people in Britain have however seen no increase in their living standards since before the financial crisis more than a decade ago, and a Nobel Prize-winning economist said today that Britain risked tracking the rise in inequality seen in the US.

The recent hiring surge, while good for workers in the short term, has weighed on Britain's weak productivity growth - a major fault line in the economy - raising concerns about the long-term prospects for growth and prosperity.

The ONS said output per hour fell by an annual 0.2% in the first quarter of 2019, its third consecutive fall. In quarterly terms, output per hour dropped by 0.6%, its biggest fall since the end of 2015.