China yesterday raised tariffs on $60 billion of US goods in retaliation for President Donald Trump's decision to increase tariffs on $200 billion worth of Chinese imports last week, escalating the trade war between the world’s two largest economies.

Trump has rattled the world trade order by imposing unilateral tariffs to combat what he calls unfair trade practices by China, the European Union and other major trading partners of the US.

The bulk of Trump's tariffs have been aimed at China, covering $250 billion worth of Chinese goods so far. He also has directed US Trade Representative Robert Lighthizer to launch the process of imposing tariffs on all remaining imports from China, another $300 billion worth of goods.

The latest tariff increases mark an end to a more than five-month truce after Trump and Chinese President Xi Jinping agreed in December 2018 to try to negotiate an end to the dispute.

US TARIFFS ON CHINA

- 25% tariffs on $50 billion worth of Chinese technology goods including machinery, semiconductors, cars, aircraft parts and intermediate electronics components imposed on July 6 and August 23 as part of "Section 301" probe into China’s intellectual property practices.

- 25% tariffs on $200 billion worth of Chinese goods including computer modems and routers, printed circuit boards, chemicals, building materials and furniture. A 10% tariff on these goods was imposed on September 24, 2018 as a response to Chinese retaliation. Trump increased the tariff rate to 25% on May 10 after accusing China of backtracking on earlier commitments in the talks.

- Trump also on May 10 directed USTR to start a public comment process for imposing 25% tariffs on remaining Chinese imports. This $300 billion category of goods would hit consumer products hard, including cell phones, computers, clothing, toys and other consumer products.

CHINESE TARIFFS ON US

- China on May 13 announced it would increase tariffs on a revised list of 5,140 US products, worth about $60 billion, after Trump’s latest move. The additional tariff of 25% will be levied on 2,493 products, including liquefied natural gas, soy oil, peanut oil, petrochemicals, frozen minerals and cosmetics. Other products will see tariffs of 5%-20%

- 25% tariffs on $50 billion worth of US goods including soybeans, beef, pork, seafood, vegetables, whiskey, ethanol, imposed on July 6 and August 23 in retaliation for initial rounds of US tariffs. China had suspended a 25% duty on US auto imports during their trade negotiations. Beijing has resumed some purchases of US soybeans but has not formally suspended those tariffs.

- Based on 2018 US Census Bureau trade data, China would only have about $10 billion in US imports left to levy in retaliation for any future US tariffs. Retaliation could come in other forms, such as increased regulatory hurdles for US companies doing business in China. 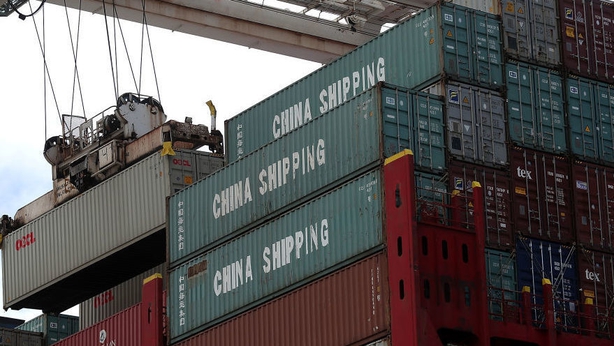 - 25% tariffs on imported steel and 10% tariffs on imported aluminum, imposed on March 23, 2018 on national security grounds. Exemptions have been granted to Argentina, Australia, Brazil and South Korea in exchange for quotas, and negotiations over quotas continue with Canada, Mexico and the European Union.

- 20% to 50% tariffs on imported washing machines, imposed on January 22, 2018 as a "global safeguard" action to protect US producers Whirlpool and GE Appliances, a unit of China's Haier Electronics Group.

- 30% tariffs on imported solar panels, imposed on January 22, 2018 as a "global safeguard" action to protect US producers Solar World, based in Germany, and Suniva, owned by China’s Shunfeng International Clean Energy.

- Trump is considering tariffs of around 25% on imported cars and auto parts, based on a US Commerce Department study of whether such imports threaten US national security. He faces a May 18 deadline to act on Commerce's recommendations.

- The new US-Mexico-Canada Agreement protects Canadian and Mexican production in the event of such tariffs through a quota system. Trump has pledged not to impose auto tariffs on Japan and the European Union while trade negotiations with those partners are underway.

CANADIAN TARIFFS ON US

- Canada on July 1 imposed tariffs on $12.6 billion worth of US goods, including steel, aluminum, coffee, ketchup and bourbon whiskey in retaliation for US tariffs on Canadian steel and aluminum.

MEXICAN TARIFFS ON US

- Mexico on June 5 imposed tariffs of up to 25% on American steel, pork, cheese, apples, potatoes and bourbon, in retaliation for US tariffs on Mexican metals. 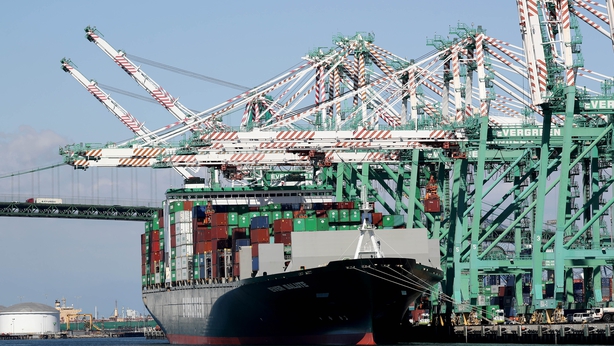 EUROPEAN UNION TARIFFS ON US

- The European Union on June 22 imposed import duties here of 25% on a $2.8 billion range of imports from the US in retaliation for US tariffs on European steel and aluminum. Targeted US products include Harley-Davidson motorcycles, bourbon, peanuts, blue jeans, steel and aluminum.

- India, the world’s biggest buyer of US almonds, has threatened to raise import duties on the nuts by 20% and increase tariffs on a range of other farm products and US iron and steel, in retaliation for US tariffs on Indian steel. These tariffs have been delayed several times, but an Indian Finance Ministry notice shows that they could be imposed as early as May 16.

- Trump has said that he intends to end preferential trade treatment for India, which would result in US tariffs on up to $5.6 billion of imports from India. This has not happened, but if it does, India is expected to retaliate with tariffs on US goods.

- Trump in August 2018 doubled US duty rates on steel and aluminum from Turkey to 50% and 20%, respectively, citing national security and currency concerns in an escalating trade spat between the NATO allies.

- Turkey hit back by sharply increasing tariffs on $1.8 billion worth of US goods, including a 120% duty on motor vehicles, 140% on alcoholic beverages, 50% on rice, 50% on structural steel and 60% on beauty products.

- Trump also has said he will end preferential trade treatment for Turkey, a move that would impose tariffs on about $1.66 billion of Turkish imports.