Vinci formally completed its £2.9 billion deal to buy a 50.01% stake in the airport, which was first announced last December.

The company took advantage of a Brexit-related hit to UK asset prices to buy the stake in Gatwick, which is Britain's second-busiest airport after London Heathrow.

Sterling has fallen around 10% in the last 13 months, as British Prime Minister Theresa May has failed to pass her Brexit deal, delaying Britain's departure from the European Union until October 31.

But Vinci Airports President Nicolas Notebaert said he did not think that Brexit would change Gatwick's prospects.

He said this was due to strong demand from tourists to travel to London and the number of people who live in Gatwick's catchment area.

"We know there is a long list of (airlines) waiting to get slots, we know the passengers within London need to travel," Notebaert told Reuters, adding that a economic hit from a disorderly Brexit was unlikely to change that.

"Even if there is a slight effect, the constraint on the London capacity area in airports mean that we are very confident about the outcome for the traffic in London Gatwick," he added. 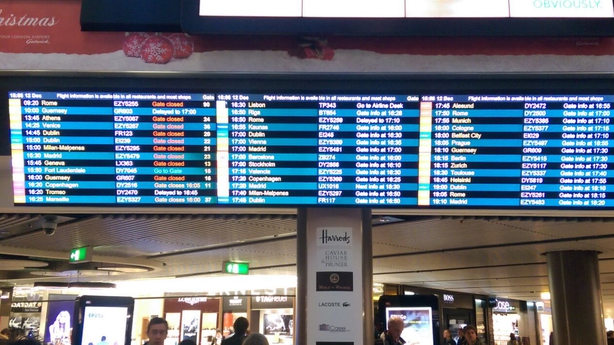 The company is now the second largest airport operator in the world, behind Spain's Aena but it has overtaken French rival ADP.

France's plans to privatise ADP will be delayed, and possibly blocked, after the Constitutional Council last week approved plans for a referendum on the issue.

Vinci is a candidate to be involved in that privatisation.

Asked about the delay, Notebaert said that Vinci had a duty to look at opportunities but was not focused on just one country or asset.

Notebaert said that competition reasons might prevent Vinci from investing in another London airport, but that the company could well invest elsewhere in Britain.

"We will look very carefully, and we don't see any (reason) why we couldn't look at the UK in the future," he added.