For the Emperor's abdication on April 30, Japanese workers are enjoying an unprecedented 10-day holiday as a rash of special days off combine with the traditional "Golden Week" in May.

Wednesday will mark the ascent of Crown Prince Naruhito, 59, to the Chrysanthemum Throne, the day after his father, Emperor Akihito, 85, steps down, the first imperial abdication in more than 200 years.

It falls in "Golden Week", the four traditional days of holiday which, this year, straddle two weekends.

Rather than make people go back to work on Tuesday and Thursday, the country has been given the whole week off.

An extra "compensation holiday" has been added next Monday because Children's Day falls on a Sunday.

But not everyone is popping the champagne corks in famously workaholic Japan.

"To be honest, I don't know how to spend the time when we are suddenly given 10 days of holidays," said 31-year-old finance worker Seishu Sato. 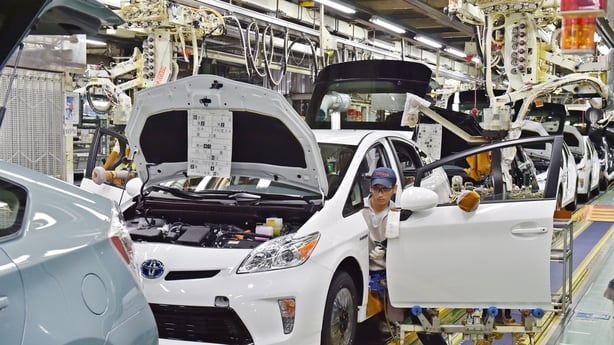 "If you want to go travelling, it's going to be crowded everywhere and tour costs have surged. I might end up staying at my parents' place," he said.

A survey by the Asahi Shimbun daily showed 45% of Japanese "felt unhappy" about the long vacation, with only 35% saying they "felt happy".

"I won't be able to take days off. On the contrary, we'll be super-busy," said Takeru Jo, a 46-year-old pizzeria worker.

Others who have to work over the week also complain about childcare.

"For parents in the service sector, the 10 days of holiday is a headache. After-school care, nurseries - everything is closed," one disgruntled parent said.

Many expect Tokyo and other large cities to empty as Japanese seize the rare opportunity for an overseas trip.

"Most of our tours for the holiday period were sold out last year," said Hideki Wakamatsu, a spokesman for Nippon Travel Agency, adding that many others were on the waiting list.

As the holiday kicked off on Saturday, airports were packed and there were long queues for Shinkansen bullet trains.

Highways out of Tokyo were jammed with motorists aiming to make a getaway from the capital. 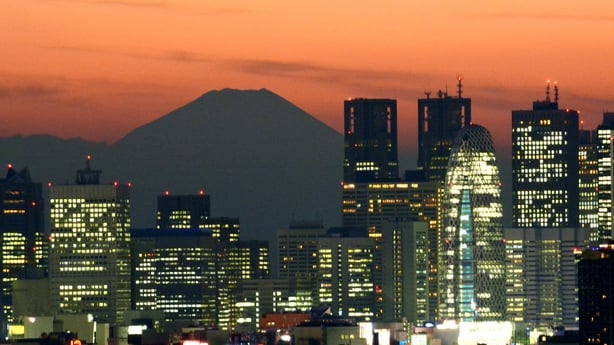 But if people are curiously indifferent to the idea of extra holidays as a result of the emperor, the imperial family remains as popular as ever.

A poll by public broadcaster NHK found almost no one would admit to a "feeling of antipathy" towards the emperor with the vast majority saying they had a "positive feeling" or "respect." Only 22% voiced indifference.

This positive sentiment has risen every year since 2003, according to the NHK poll.

Takeshi Hara, politics professor at the Open University of Japan, said much of this stemmed from the imperial couple's "welfare-related activities".

"Their attention to the elderly, the disabled and the victims of natural disasters - those ignored by politicians in the past three decades - has earned public support," Hara told AFP.

The fact that Emperor Akihito married his sweetheart Michiko "for love" - the first love marriage in imperial history - has also boosted his standing, said Hara.

But Hideto Tsuboi, from the Kyoto-based International Research Center for Japanese Studies, said one of the main reasons for Akihito's popularity lay in the fact that he was "conscious of the responsibility of the post-war generation" to reflect on Japan's wartime atrocities.

On the 73rd anniversary of the end of World War II last year, Akihito reiterated "deep remorse" over the war and his continued wishes for peace.

Unlike in many constitutional monarchies, there is almost no republican movement to speak of and criticism of the emperor is anathema - a phenomenon known as the Chrysanthemum taboo, after the throne.

Hara said that while tabloids are beginning to dig deeper into the royals' private lives, memories of right-wing atrocities against imperial opponents "means there is pressure not to criticise the emperor in public".

In 1961, a right-winger invaded the house of a publishing company's president and stabbed his housekeeper to death over a novel perceived to be critical of the imperial family.

More recently, in 1990, the then-mayor of Nagasaki was shot and injured after he remarked that Akihito's father Hirohito was partially responsible for World War II.

However, a reminder that security needs to be maintained was provided just days before the abdication ceremonies when two knives were found at the school desk of Japan's Prince Hisahito, Akihito's grandson.

While criticism of the emperor is virtually non-existent, there has been some opposition to the financing of some of the ceremonies surrounding the abdication and enthronement.

More than 200 Japanese citizens have filed a lawsuit against the government for planning to use taxpayer money to fund the ceremonies.

They say the ceremonies are religious in nature and funding them from the public purse breaks the constitutional principle separating religion and state.

They received unexpected backing from a member of the imperial household, Prince Akishino, the emperor's youngest son, who will become Crown Prince when his brother Naruhito ascends the throne.