But Bankia managed to slightly increase its loan book thanks to a shift towards consumer and corporate lending.

Net profit for the quarter was €205m, slightly above an average in a Reuters poll of €196m thanks to lower provisions and costs, while trading income fell 73%.

Analysts will be watching for any comments Bankia's management make at a news conference a day after the Socialists won the elections without a majority.

The Socialists' most likely ally in government is left-wing party Podemos, which has lobbied for Bankia to offer services based on social as well as market considerations.

It has also been advocating for a supplementary tax on banks' earnings.

Spain has been trying to sell its 61.4% stake after pumping €22.4 billion into a rescue package for Bankia in 2012 at the height of the financial crisis.

Any influence Podemos might have on the new government could prove a step backwards towards privatising the lender. The state has until 2021 to offload the stake.

As other European banks, Spanish lenders are struggling to lift earnings from loans as rates hold at ultra-low levels.

Net interest income (NII), a measure of earnings on loans minus deposit costs, was €502m, down 4.7% from a year earlier and 1% lower against the previous quarter, when it was also hit by fierce competition for lending at home. 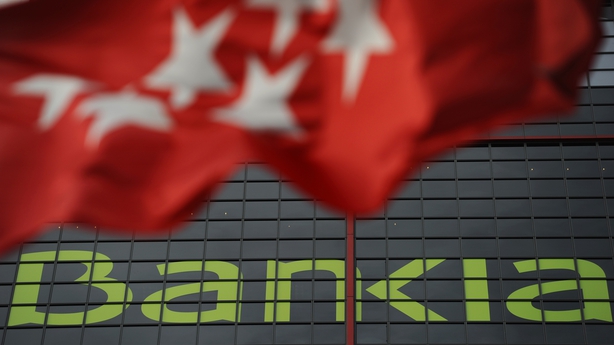 Analysts had expected NII to be €501m.

Bankia increased its loan book by 0.2% in the quarter as it sought to shift away from a predominant mortgage book towards more profitable consumer and corporate activity.

At the end of March, Bankia's core Tier-1 fully loaded capital ratio, the strictest measure of solvency, was 12.61% compared to 12.39% at the end of December.

At a time when the European Central Bank is pushing lenders to remove toxic real estate assets from their balance sheets, Spanish banks have been moving faster than peers in Italy thanks to an economic recovery and a rebound in real estate prices.

Bankia reduced its non-performing assets in the quarter by €450m to €10.4 billion compared to the previous quarter, while non-performing loans fell to 6.2% from 6.5%.