Profit at Barclays Bank fell 10% in the first quarter as its under-pressure investment bank struggled with tough markets, prompting it to signal further cost cuts if these conditions persist.

He is is locked in a public battle with activist investor Edward Bramson who wants to see the unit pared back to boost overall returns at Barclays.

Barclays said today that returns in its investment banking business fell to 9.5% from 13.2% a year ago, while its overall profit was £1.54 billion.

This was in line with the €1.57 billion forecast compiled from the average estimates of 13 analysts polled by the bank.

Barclays said that if the tough market conditions persist, it may have to cut annual costs in 2019 below the £13.6 billion to £13.9 billion range it earlier said it expected.

The bank said measures it took three years ago to ensure bonus pools in a given year are better aligned with that year's performance, mean it has more discretion to cut bonuses when performance dips.

"What you see in the first quarter is Barclays using this discretion around variable compensation to manage our costs and deliver expected profitability," Jes Staley said. 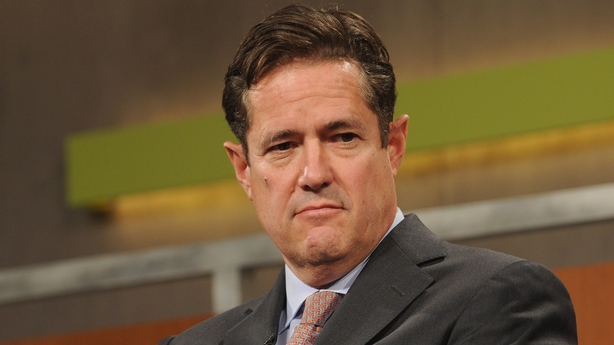 Staley last month ousted his lieutenant Tim Throsby, a fellow former JP Morgan banker who he had recruited in September 2016 to run the investment bank and who then embarked on a hiring spree in a bid to restore morale and performance.

Barclays said income from its equities business fell 21% and banking advisory fees were down 17%, although earnings from fixed income, currencies and commodity trading (FICC) rose 4%.

The drop in equities income follows similar announcements from US rivals such as Goldman Sachs and JP Morgan which saw first quarter declines in trading revenues as client activity slumped.

Barclays said its core capital ratio fell to 13% from 13.2% at the end of the previous quarter, and its total income of £5.25 billion fell short of analysts' expectations.