The threat to German chemical giant Bayer and subsidiary Monsanto from US litigation swelled today, when its share price plunged after a jury ruled weedkiller Roundup was a "substantial factor" in a man's cancer.

A wave of lawsuits has put pressure on Bayer since its $63-billion takeover of Monsanto last year.

This has spooked investors who worry damages payouts could quickly mount into the billions if the firm fails to convince courts its product is safe.

Chief executive Werner Baumann said last month the company faced a total of 11,200 US cases over Roundup and its active ingredient glyphosate.

Glyphosate is a herbicide key to Monsanto's business model that has come in for intense scrutiny around the world.

That mass of lawsuits meant markets shuddered after a federal court finding yesterday that Roundup was behind the non-Hodgkin's lymphoma suffered by 70-year-old Edwin Hardeman, who used the product for decades on the garden at his California home.

The second major legal setback in a year kept the Leverkusen-based group's stock weaker today after an initial plunge.

The shares were trading down 13% today, dragging down the DAX index of blue-chip German shares.

Since the merger was completed, Bayer's stock has shed almost 40% of its value.

Yesterday's "decision has no impact on future cases and trials because each one has its own factual and legal circumstances," Bayer said in a statement.

It added that it stood behind science it says demonstrates glyphosate is safe.

But analysts said the prospect of thousands of plaintiffs potentially being awarded tens of millions of dollars each means investors "start doing the numbers, and it doesn't look very pretty at all".

The latest case has so far brought no damages award against Bayer, as jurors now have to decide whether Monsanto is liable for the harm suffered by Hardeman. 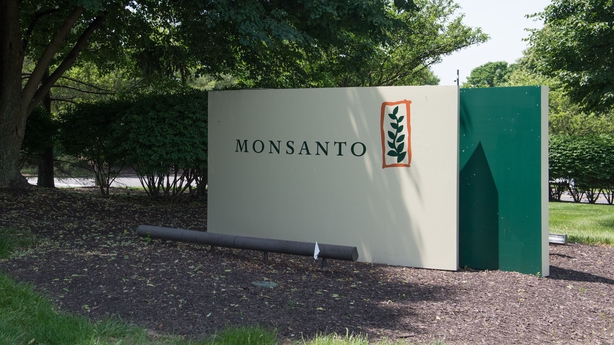 "Monsanto has not taken a responsible, objective approach to the safety of Roundup," Hardeman's lawyers Aimee Wagstaff and Jennifer Moore said in a joint statement.

"Instead, it is clear from Monsanto's actions that it does not particularly care whether its product is in fact giving people cancer," they alleged.

Jurors in the earlier California state court case of Dewayne "Lee" Johnson, a school groundskeeper who suffers from terminal non-Hodgkin's lymphoma, found in August that Monsanto acted with "malice".

Its glyphosate weedkillers Roundup and Ranger Pro substantially contributed to the terminal illness, they judged.

Monsanto was initially ordered to pay $289m to Johnson, who has two young sons and is in the end stages of his cancer, before the damages were reduced to $78.5m.

Bayer has filed an appeal, betting it can do better at convincing judges in appeals courts than sceptical juries in lower tribunals.

The two US cases have turned on a 2015 finding from the International Agency for Research on Cancer (IARC), an arm of the World Health Organization, that Roundup is "probably carcinogenic".

But Bayer points to more recent findings from regulators around the world, especially in advanced economies like the US, Europe and Canada, and reams of scientific studies as proof of the safety of its product.

"Regulatory authorities around the world consider glyphosate-based herbicides as safe when used as directed," the group said in its statement, highlighting "800 rigorous studies" of glyphosate's effects.

Analysts said the company's confidence in its evidence and its legal strategy may not be enough to convince investors to hold on through the turbulence.