Despite what it called more challenging market conditions in its general insurance business, operating profits at the division increased by 4% to €63m.

Its Net Written Premiums declined marginally by 2% to €485m from €498m in what it called an increasingly competitive market.

It its Life Insurance business, Aviva Ireland said its new business premiums rose by 14% to €1.367 billion from €1.197 billion the previous year.

Aviva noted significant growth in sales of individual pensions and protection last year and operating profits at the life insurance unit grew by 31% to €50m from €38m.

The company's deal to buy Friends First completed on June 1 and it said the integration of the two businesses is progressing well with Friends First contributing significantly to its life operating profits last year.

Aviva Ireland said it was supporting measures to increase pensions coverage among those in full-time employment from its current level of less than 50%.

"We are supportive of a new Auto-Enrolment retirement savings system as a supplement to existing private pension arrangements, but advocate that existing tax reliefs for retirement savings should not be further reduced," John Quinlan, Aviva Ireland's chief executive said.

"We are also advocating that customers should be able to access independent financial advice for all forms of retirement savings, including Auto-Enrolment when launched," he added.

"The high levels of personal injury awards have also been a factor in the increased cost of commercial insurance for our business customers and further reforms are required here to reduce claims costs," he added.

"The high levels of personal injury awards have also been a factor in the increased cost of commercial insurance for our business customers and further reforms are required here to reduce claims costs," he added.

Meanwhile, Aviva Ireland's UK parent has warned that its outlook would be weakened by economic uncertainty surrounding Brexit.

But it said it was well positioned to "minimise" adverse impact.

Aviva, which appointed new chief executive Maurice Tulloch at the start of the week, issued the gloomy warning in its mixed 2018 results statement.

"Given current uncertainties, including the unknown future impacts of Brexit on the economies of the United Kingdom and Europe, our near-term outlook entering 2019 is more muted than our outlook a year ago," said chief financial officer Thomas Stoddard. 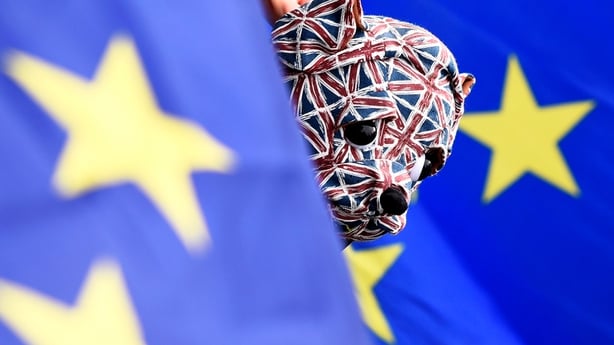 He added that "it will be difficult" to sustain underlying earnings of 7% this year - a level enjoyed by the group in 2017 and 2018.

Chairman Adrian Montague admitted however that it had experienced a "difficult" year, with Britain set to leave the European Union at the end of this month.

"Uncertainty in the political and economic backdrop intensified during the year and this was reflected in a difficult year for investment market performance across most asset classes," Montague said.

"In our home market, the UK, the prolonged and fraught process of negotiating Britain's exit from the European Union has weighed down on growth in the economy.

"But Aviva is well placed to deal with this; our locally incorporated and locally regulated businesses in Europe have prepared to minimise the potential operational impact," he added.

Maurice Tulloch meanwhile was appointed on Monday with immediate effect, leaving his job as head of the group's international division.

He took over from Mark Wilson who stepped down late last year.