Irish Continental Group has reported lower revenues and profits for 2018 on the back of disruption to its ferry schedules and higher fuel costs.

During the year Irish Ferries encountered "technical difficulties" with its Ulysses ferry, while it also saw the late delivery of its new WB Yeats ferry. This ferry had been scheduled to start sailing last summer but only entered service in January of this year.

Operating initially on the Dublin-Holyhead route, it is due to switch to the Dublin-Cherbourg route in March.

The company's chairman John B McGuckian said that 2018 was a challenging year operationally for the company.

"Schedule disruptions due to technical issues on our vessel Ulysses and the late delivery of the WB Yeats combined to lower our profit performance over the prior year," he noted.

However, the chairman said that the markets in which the company operates remained robust and its long term strategic plans for the future of its fleet remains intact, progressing well with the delivery of the WB Yeats.

He also that while the company is "mindful" of the uncertainty created by Brexit, trading in the year to date is "encouraging". 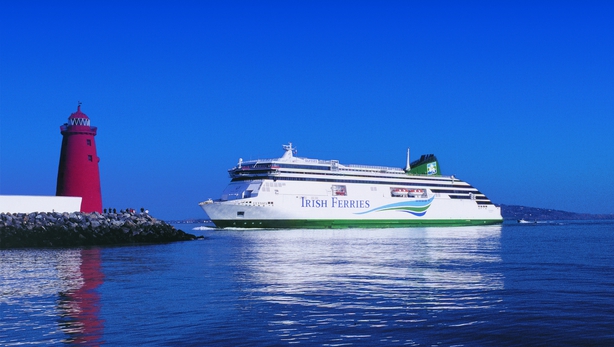 Revenues at its ferries division, which includes Irish Ferries, fell by 7.5% to €196.2m while operating profits slumped 38.4% to €47.9m on the back of higher fuel costs and the late delivery of the WB Yeats.

The division generated a profit on the sale of the Jonathan Swift ferry of €13.7m during the year.

ICG said the overall car market to and from Ireland fell by about 2% to 790,600 cars last year, while the all-island market - which includes routes to Northern Ireland - fell  by 1.8%.

It noted that in the first half of 2018, Irish Ferries passenger volumes were down 2.9%, while they slumped by 13.3% in the second half of the year.

It said this was due to the problems with Ulysses and the "strategic operational decision" not to operate the fastcraft Dublin Swift vessel over the winter months.

"This decision was made with a view to optimise capacity while the WB Yeats is operating on this route to mid-March. This resulted in a combined reduction of 10.8% in the second half of 2018 versus the prior year," ICG said.

Meanwhile the RoRo freight market between Ireland, the UK and France continued to  grow on the back of the strengthening Irish economy, with the total number of trucks and trailers up by 3.4% to over 1 million units.