It is "unbelievable" the British government is contemplating leaving the European Union next month without a deal to smooth its exit, the finance chief of Associated British Foods, said today.

With only 32 days until Britain is due to leave the European Union, Britain's parliament is deeply split over how, or even whether, the country should leave the bloc.

Finance director John Bason said the uncertainty was impacting the group's current operations, noting it had packaged grocery products exports in transit on the sea.

"We don't know now whether they will be considered to be an import from the EU or from a country that they haven't got a trading relationship with," Bason told Reuters after AB Foods updated on trading.

"For it even to be contemplated - a hard Brexit where you've got no arrangement with your major trading partners and when we're so reliant on them for the food supply chain - I find it unbelievable," he said.

"The consequences of getting this wrong for people are major and I want people to understand that," Bason said, adding that a hard Brexit would be "irresponsible".

AB Foods said it would deliver revenue growth in the first half of its 2018-19 year in all its businesses, other than sugar, helping it to deliver earnings per share broadly in line with the 61.3 pence made in previous year's first half.

It forecast a small reduction in adjusted operating profit for the 24 weeks to March 2 compared to £648m made the same time last year, offset by lower net financial expenses.

For the full year the outlook was unchanged with adjusted operating profit and adjusted EPS expected to be in line with 2017-18's outcome.

AB Foods is majority owned by the family of chief executive George Weston.

Primark's first-half sales were expected to be up 4%, with increased selling space partially offset by a 2% decline in like-for-like sales.

Primark, which trades as Penney's here, highlighted solid trading in the UK and strong growth in the US but it flagged weak trading in Germany. 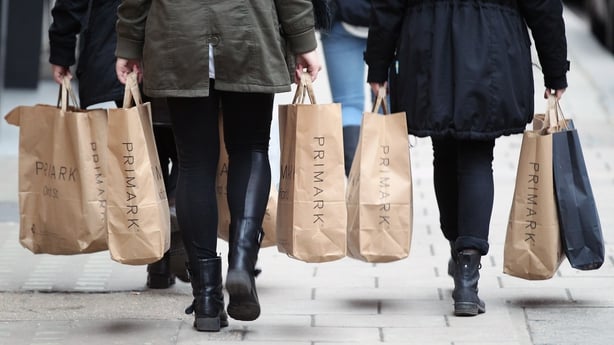 With a much higher margin, Primark's profit was expected to be "well ahead" of the same time last year. Early trading of Primark's new spring/summer range was "encouraging".

AB Foods cautioned last year that sugar profit would be significantly lower this year, reflecting lower EU sugar prices for contracts negotiated at the end of the last financial year.

But it noted an upward trend in EU sugar prices which analysts said would benefit results in 2019-20.