The disappointing nine-month performance and a change in accounting methods forced the manufacturer to downgrade its net profit forecast for the fiscal year to March to 410 billion yen, compared with 500 billion yen projected earlier.

Annual sales are now seen at 11.6 trillion yen, down from an earlier estimate of 12 trillion yen.

The results came as Nissan and its partners Renault and Mitsubishi Motors are seeking to turn the page on Ghosn's arrest for financial misconduct, which has exposed a rift in the three-way tie-up.

CEO Hiroto Saikawa vowed to "refine" the firm's ties with Renault, whose new boss Jean-Dominique Senard is expected to take Ghosn's position on the Nissan board.

"This alliance is our very big strength and asset," Saikawa told reporters after the earnings were announced.

He said that the firms "respect each other's independence" but strive for "win-win" results by maximising synergies.

Carlos Ghosn stands accused - among other things - of under-declaring some nine billion yen in salary between 2010 and 2018 and continues to languish in a Tokyo detention centre after being refused bail.

Nissan said it was accounting for this under-reported salary - technically owed to Ghosn - although Saikawa said that "I personally don't think that we will reach a conclusion to pay this money." 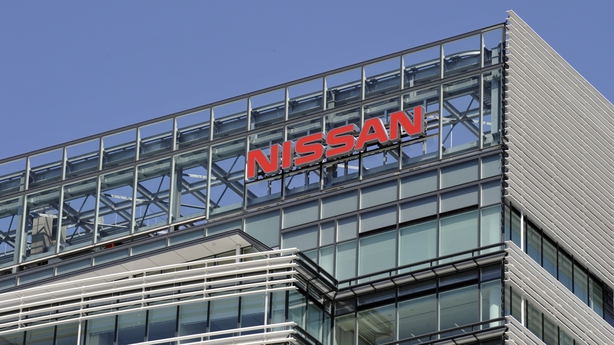 The Nissan results came at a tough time for Japanese car markers.

Last week, domestic rival Toyota slashed its full-year net profit forecast after saying its nine-month figure had tumbled nearly 30% as it was hit by investment losses.

Honda logged a net-profit fall of 34.5% for the nine months to December but revised up its full-year forecasts thanks to strong motorcycle sales.

Toyota and Nissan have also seen their strategy affected by uncertainty over a possible British exit from the EU without a deal.

Nissan has announced the cancellation of plans to build its X-Trail SUV at its plant in northeast England despite Brexit assurances from the government.

Nissan said its global vehicle sales fell 2.1% to 4 million units for the nine-month period because of declines in North America and Europe.