The European Commission today sharply cut its forecasts for euro zone economic growth this year and next because it expects the bloc's largest countries to be held back by global trade tensions and an array of domestic challenges.

In its quarterly economic forecasts, the EU executive also revised down its estimates for the inflation in the 19-country currency bloc next year.

Inflation is now is expected to be lower than forecast by the European Central Bank - likely complicating the bank's plans for an interest rate hike this year.

The new estimates are far less optimistic than those released in November, when Brussels expected the euro zone to grow 1.9% this year and 1.7% in 2020.

All countries in the 28-state European Union are poised to continue growing, with the bloc expected to post its seventh consecutive year of expansion, but the larger member states will brake significantly.

The Commission cited global trade tensions and China's slowdown as the main drags on the European Union's economy. 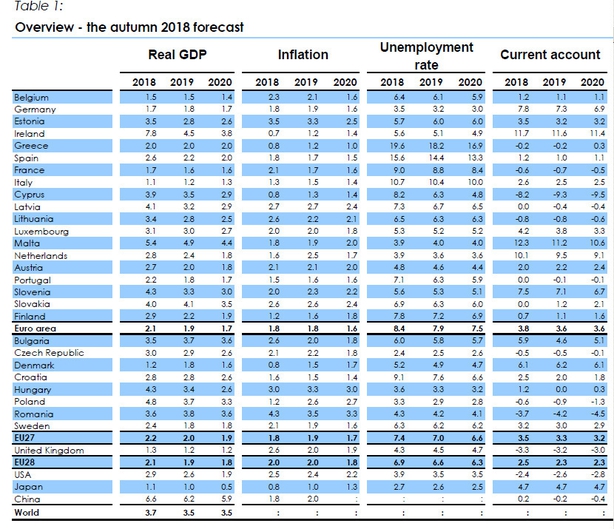 In Germany, the bloc's largest economy, growth is expected to slow to 1.1% this year from 1.5% in 2018. The Commission had previously forecast 1.8% growth this year.

France's economic expansion is expected to slacken to 1.3% this year from 1.5% in 2018, after "yellow vest" protests weakened growth over the last months.

Italy, the third largest economy in the euro zone, is expected to post the slowest growth rate in the whole EU with a mere 0.2% expansion this year.

Meanwhile, the Commission also revised downwards its growth predictions for Ireland for this year as the country's economic outlook remains clouded by uncertainty.

All euro zone countries will grow this year at a slower pace than in 2018, the commission forecast, except Greece, which after exiting its bailout programme in 2018 is expected to expand by more than 2% both this year and next. 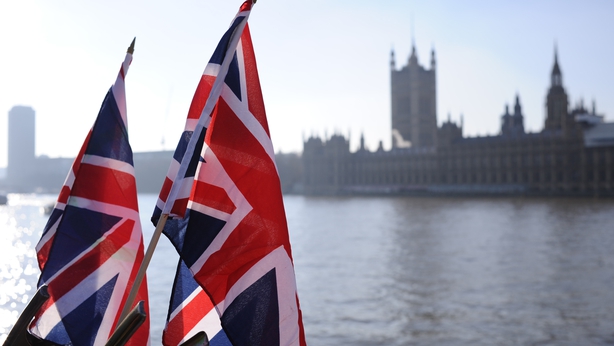 However, the Commission underlined that forecasts on Britain are based on the "technical assumption" that EU-UK trade will not be affected by Brexit.

The economic slowdown forecast by the Commission is worse than that seen by the ECB in its latest projections released in December, when the bank expected the euro zone to grow by 1.7% this year.

The Commission also stressed the outlook was subject to large uncertainty and risks of further downward revisions caused mostly by the unclear Brexit process.

In a further concern for the ECB, the Commission expects euro zone inflation to be at 1.4% this year, below ECB estimates of 1.6% rate, and further away from the bank's target of a rate close to 2%.

Since December, ECB policymakers have said that the bank's forecasts are likely to be revised down in March.

Core inflation, which excludes volatile prices and is closely watched by the ECB for its policy decisions, will increase gradually, the commission predicted, citing positive labour market developments.