Bank of Ireland has announced changes to its fixed mortgage interest rates with its short term rates falling and its longer term rates rising.

But rates for its longer fixed mortgage terms - five and ten years - are increasing by 0.2%.

The new rates are effective from today.

Existing customers on a fixed rate will continue on their current rate until the end of their term, it added.

"While to date we have provided a flat 3% rate across most of our fixed rates, today's adjustments are consistent with the medium term market expectations in relation to rates," commented Brian Vaughan, Head of Mortgages at Bank of Ireland. 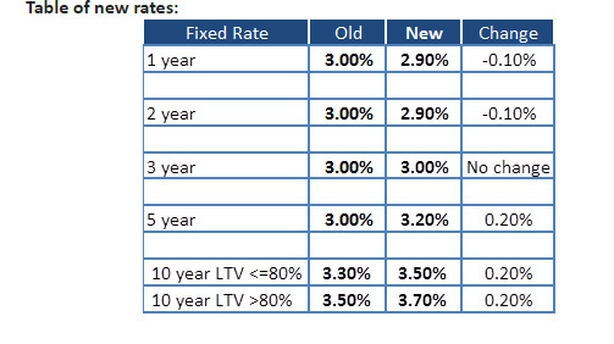 He noted that the bank's fixed term rates have been very popular, with more than nine in ten new owner occupier mortgage customers opting for fixed rates in 2018.