Britain's premier luxury brand Burberry said today that a no-deal Brexit would cost it tens of millions of pounds in tariffs.

The company said a no-deal Brexit would also severely disrupt the movement of fabrics and finished products between its suppliers, manufacturing centres and stores.

Britain is due to leave the European Union in 65 days, and with Prime Minister Theresa May failing to win support for her negotiated deal, companies are increasingly worried about the possibility of a chaotic Brexit.

"We are taking mitigating actions," Burberry's chief financial officer Julie Brown said after it reported a 1% rise in comparable store retail sales for the Christmas quarter.

"If we had a no-deal scenario we would be subject to WTO rules and absent any mitigating actions our duty costs would increase materially, in the low tens of millions of pounds," she told reporters.

The disruption to the supply chain would be even more significant, she said, because Burberry needed to move materials, samples and finished goods quickly between Britain and mainland Europe.

Burberry manufactures its trademark trenchcoats in Yorkshire and sources some other products, such as Italian-made suits, from mainland Europe.

"We would ensure that we allocated additional stock to the relevant areas to ensure that customers were not adversely affected, but that would clearly have an impact on the company because we would have to run with higher inventory levels," she said.

Burberry is gearing up for the arrival in stores next month of the first products by its new designer Riccardo Tisci.

The collection, which re-imagined the trenchcoat and featured Burberry's traditional colour palette of camel, red and black, was applauded by critics and buyers when it was shown in September. 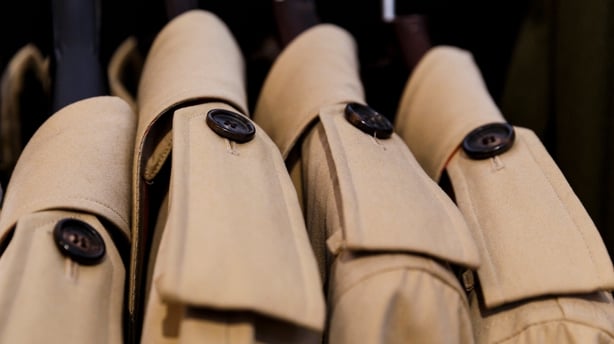 Chief executive Marco Gobbetti said he was pleased with progress in his plan to shift the brand further upmarket, driven by the arrival of more and more products designed by Tisci in the coming quarters.

Shares in the company fell in early deals today before recovering after sales growth fell short of market expectations of 2%.

Sales in mainland China were up in mid-single digits, while Europe saw a small improvement in tourist spending despite disruption caused by protests in Paris.

Burberry said it was maintaining its full-year guidance of stable revenue and adjusted operating margin at constant exchange rates.