Organisers of next week's annual Davos conclave put on a brave face today after US President Donald Trump withdrew his entire delegation.

They insisted that the forum still had plenty of political and corporate firepower in its debating armoury.

Trump himself had already pulled out of attending the World Economic Forum (WEF) for a second year, having shut down the US government over his demands for Congress to fund a wall on the Mexican border.

US Treasury Secretary Steven Mnuchin, Secretary of State Mike Pompeo and US trade chiefs had been slated to attend the WEF instead.

They were due alongside other heavy hitters such as Chinese Vice President Wang Qishan, as Beijing and Washington try to negotiate a truce to their trade war.

But the White House announced the cancellation of the delegation's trip to the Swiss Alps "out of consideration for the 800,000 great American workers not receiving pay".

In Trump's absence, Brazil's new far-right president, Jair Bolsonaro, will grab the Davos limelight when he outlines his economic agenda in a keynote address during his first trip abroad since taking office earlier this month.

The week of networking and socialising kicks off Monday.

It will feature an eclectic lineup of discussions devoted to issues such as mindful parenting in the digital age, chronic loneliness, and harnessing artificial intelligence (AI) without destroying jobs.

It is expected to draw some 3,000 political and business figures, including 65 government leaders from Germany, Israel, Zimbabwe and elsewhere.

It begins with a report card on the world economy from the International Monetary Fund.

In a statement, the WEF said it understood the White House reasoning and stressed that other governments together representing one-quarter of global GDP would still be represented.

"With more than 800 participants from the US, including the leaders of top global companies across all sectors based in the US, we feel that the meeting is well placed to be a platform for relevant discussions on Globalisation 4.0," it said.

That refers to WEF founder Klaus Schwab's belief that despite the upsurge of angry populism in many countries, a new era of globalisation driven by AI and other technological advances is upon us.

But Schwab, the forum's 80-year-old executive chairman, also said the elite gathering needs to reflect on the "losers" of globalisation and find ways to look after "those who have been left behind".

The "left behinds" figured heavily in the anti-establishment wave that in 2016 powered Britain's referendum decision to quit the European Union.

Brexit is meant to take effect on March 29. 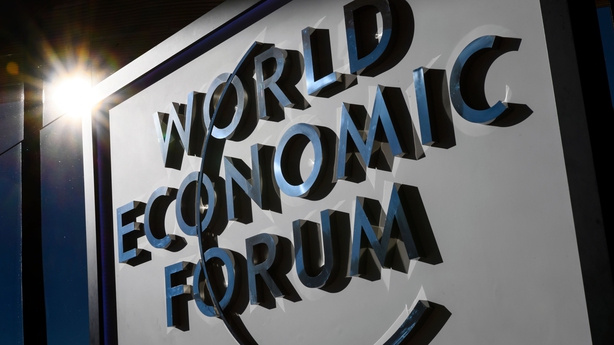 There will be a chill in Davos about the prospect of Britain crashing out of the EU without a deal in place, after Prime Minister Theresa May's preferred divorce terms were roundly defeated in parliament this week.

May will be another Davos no-show as she tries to unpick the deadlock in London, but the UK's International Trade Secretary Liam Fox will make the trip to try to sell a post-Brexit future for Britain.

Another absentee is President Emmanuel Macron, who has been grappling with French-style populism in the form of the "yellow vest" movement.

"With Brexit, trade wars and populism - politics is totally driving the (Davos) discussion this year when usually it's economics that drives the politics. Amazing times," a senior European diplomat told AFP.

In advance of the meetings, a WEF survey this week found the Davos community worried most about climate change among sources of political and economic anxiety.

The survey highlighted fears of extreme weather patterns and the risk of disruption in an array of sectors including transport and logistics.

On cue, heavy snowfall and deadly avalanches have hit the Alps this week, cutting off the train line to Davos at one point.

But like Trump, Bolsonaro is a climate change sceptic. His pro-business agenda and appointment of a like-minded rightwinger as environment minister have done nothing to ease concerns about deforestation in the Amazon.

The new leader of Latin America's largest economy will speak in  Davos on Tuesday.

He has vowed to showcase "a different Brazil, free of ideological ties and widespread corruption".

Bolsonaro has also echoed Trump in bashing China, even as the world's second-biggest economy boosts Brazilian farm imports as an alternative to US commodities in the midst of Trump's trade war.

However, Bolsonaro will be accompanied by his US-educated economy minister, Paulo Guedes, who speaks the kind of investment-friendly language that is music to Davos ears.