Japan's Hitachi has decided to freeze a 3 trillion yen ($28 billion) nuclear power project in Wales as Britain scrabbles for a way to exit the European Union.

The move deals a blow to UK plans for the replacement of ageing plants.

The suspension comes as Hitachi's Horizon Nuclear Power failed to find private investors for its plans to build a plant in Anglesey, which was expected to provide about 6% of Britain's electricity.

"We've made the decision to freeze the project from the economic standpoint as a private company," Hitachi said in a statement, adding that it had booked a write-down of 300 billion yen.

Hitachi had called on the British government to boost financial support for the project to appease investor anxiety.

But turmoil over the country's impending EU exit limited the government's capacity to compile plans, people close to the matter have previously said.

Hitachi had banked on a group of Japanese investors and the British government each taking a one-third stake in the equity portion of the project, the people said.

The project would have been financed one-third by equity and rest by debt.

"It is now clear that further time is needed to develop a financial structure for the Horizon project and the conditions for building and operating the nuclear power stations," Hitachi said.

With the clock ticking down to March 29, the date set in law for Brexit, the UK is now in the deepest political crisis in half a century as it grapples with how, or even whether, to exit the European project it joined in 1973.

Prime Minister Theresa May's two-year attempt to forge an amicable divorce was crushed by parliament this week in the biggest defeat for a British leader in modern history, deepening uncertainty for potential investors.

The withdrawal of the Japanese conglomerate could leave the nuclear newbuild industry open to Russian and Chinese state-owned companies as Western private firms struggle to compete. 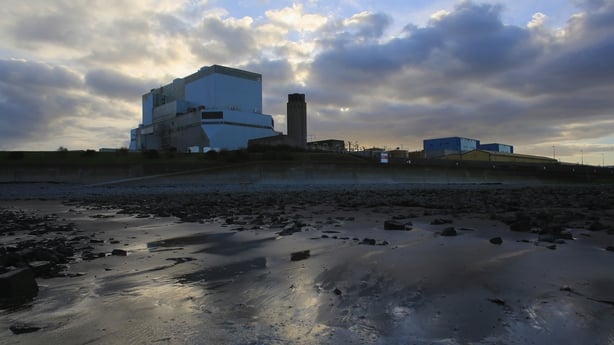 CGN also intends to deploy the first Chinese-designed reactor for use in Britain at a plant in Bradwell, Essex.

The UK government said that despite negotiations with Hitachi, they failed to reach an agreement.

The focus for the government was about driving down costs and maximising value for consumers and the taxpayer.

The UK government remains committed to the nuclear sector and is reviewing alternative funding models for future projects and will give an update this summer, it added.

Another Japanese firm, Toshiba, scrapped its British NuGen project last year after its US reactor unit Westinghouse went bankrupt and it failed to find a buyer.

Hitachi stopped short of scrapping the Anglesey project in northern Wales. The company will continue discussions with the British government on nuclear power, it said.

The nuclear write-down wipes off the Horizon unit's asset value, which stood at 296 billion yen at the end of September.

Horizon Nuclear Power said it would take steps to reduce its presence but was keeping the option open to resume development in the future.

"Wylfa Newydd on Anglesey remains the best site for nuclear development in the UK and we remain committed to keeping channels of communication open with the government and our other key stakeholders regarding future options at both our sites," said Duncan Hawthorne, chief executive of Horizon.

However, analysts and investors viewed the suspension as an effective withdrawal and saw the decision as a positive step that has removed uncertainties for the Japanese conglomerate.

Hitachi bought Horizon in 2012 for £696m from E.ON and RWE as the German utilities decided to sell their joint venture following Germany's nuclear exit after the Fukushima accident.