The Revenue Commissioners collected €54.5 billion in taxes and duties for the Exchequer in 2018, according to preliminary results published today.

Nine kilos of drugs with an estimated value of just over €33 million were also seized in 2018.

Revenue Chairman, Niall Cody, said, "Against a backdrop of continued strong growth in the economy, Revenue collected €54.5 billion in taxes and duties for the Exchequer as well as over €13.5 billion on behalf of other Departments, Agencies and EU Member States." 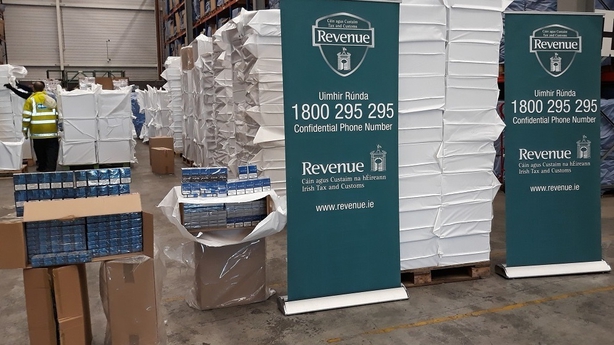 He said continued strong levels of timely, voluntary compliance by taxpayers "reflect the reality that the vast majority of individuals and businesses pay the right amount of tax, on time".

Mr Cody said Revenue support voluntary compliance by making it as easy as possible, and the authority is focused on optimising its service to taxpayers. "We acknowledge their engagement and that of tax practitioners and agents in the very strong compliance we have seen again in 2018," he said.

Revenue has seen a transformation of the administration and collection of payroll taxes. Mr Cody said the authority had completed work on the modernisation of the PAYE system, which came into effect on 1 January 2019. "We recognise that the new reporting arrangements represent a fundamental adjustment for employers and during 2018 we undertook a range of initiatives, including over 77,000 employer visits, to assist employers, and their tax agents, in understanding the changes. At close of business on 3 January, payroll details for 823,710 employees have been submitted."