Global markets had a rough start to the week - continuing what has been a negative trend for the month.

Though, in reality, share prices have been tumbling since the middle of 2018, with the the latest dip coming as traders fear slower-than-expected global growth, compounded by a likely interest rate rise by the Federal Reserve tomorrow.

"Markets over the last period of time have been gripped by fear," said Niall Dineen, Chief Investment Officer at Appian Asset Management. "I think the big fear that's gripped equity markets is that we might be heading into a recession - either in the United States or globally - and the fear is driven by the fact that the US central bank is raising interest rates and the market is basically saying to the US Fed that you can't raise interest rates any more."

Having surged ahead for the first half of 2018, most major indices around the world now look set to end the year in the red. That is despite the US markets still, in theory at least, enjoying the fruits of Donald Trump's massive tax reform.

"I think we can definitely say the bull run is over," he said. "Are we in a bear market? We're close.

That raises questions about what is to come in 2019.

The year ahead has arguably one of the most uncertain prospects in some time - with little insight into what will happen with Brexit, the America's trade dispute with China and the European Central Bank's slow crawl towards an interest rate rise.

"I think you have the one thing you have going into 2019, which you haven't had for a long time, is that you have valuation on your side," Mr Dineen said. "What this sell off has thrown up is a lot of opportunities in some stocks.

There is the chance of an over-correction, as traders fret about being caught out by the receding tide.

"Equity markets always go from being driven by fear to drive by greed," he said. "When we're driven by fear, yes we go into over-correction. 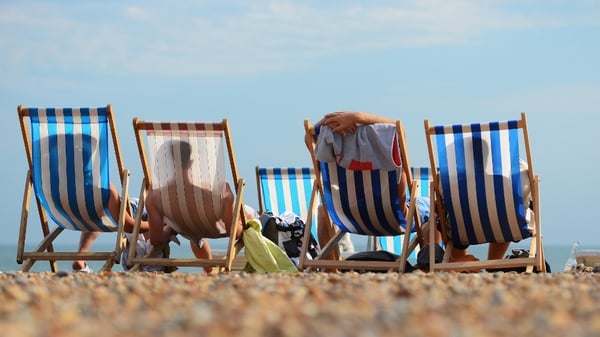