New figures from the Central Statistics Office show that Ireland exported €123 billion of goods in 2017, and imported €79 billion.

Our biggest export market was the USA, with €33 billion of exports. In fact, Ireland's trade surplus with the USA was €17 billion.

The figures also show that the UK was the biggest partner for goods imports, with a value of almost €19 billion. 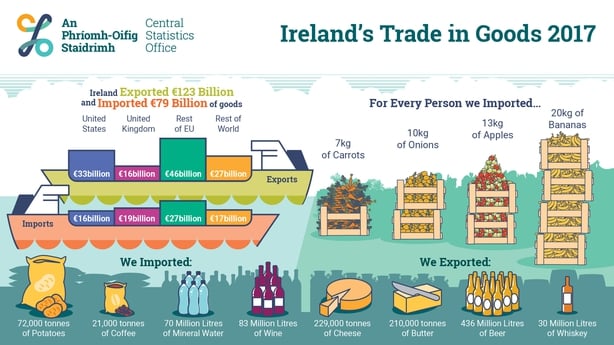 Commenting on the figures, CSO statistician Ciarán Counihan said, "Ireland’s export trade was valued at €123 billion in 2017, while there were €79 billion of goods imported.