The new owners of the former Clerys building on Dublin's O'Connell Street have installed window displays which are designed to take people on a trip down memory lane.

Looking back at some of the most iconic decades since the opening of the building, the display intends to invoke some Christmas nostalgia long associated with the property.

Clerys was bought in October by a partnership between Dublin based Oakmount and Core Capital, and pan European real estate investment managers, Europa Capital from a consortium called Natrium. 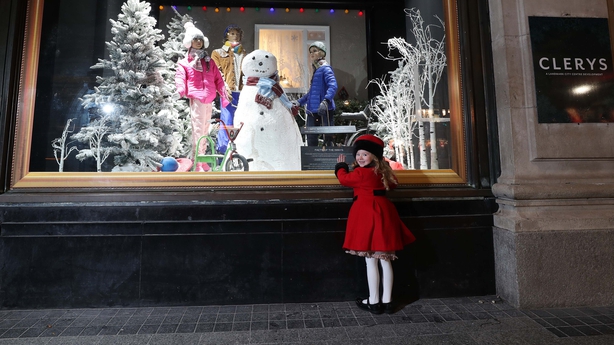 Derek McGrath, from Core Capital, said the re-development of Clerys is a fantastic project.

"We are receiving fantastic feedback from potential domestic and international tenants and expect to be on site, commencing construction works in early 2019," he added.

Natrium, led by Deirdre Foley, bought the department store for €29m from US group Gordon Brothers in 2015 under controversial circumstances that resulted in the loss of 460 jobs.